4Story M is the multiplayer mobile role-playing game version of the fantasy MMORPG on PC, 4Story. The game is set in Iberia; a world divided by warring factions. Take upon hundreds of dangerous quests, numerous stages and investigate dungeons full of hidden secrets and treasures. 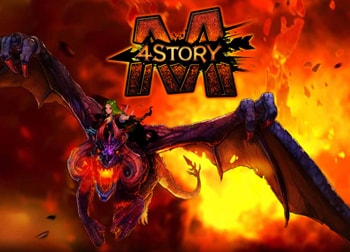 The people who were once known as the Parholn clan, were the last refugees to reach Iberia during the great settlement.

Despite their short life expectancy, compared to other races, they developed a strong desire for success and a great skill for handling tools. Through their imagination and numerous technical developments they soon became a powerful force in Iberia and were able to shake off their reputation as a weak people.

Along with their extraordinary ability to adapt the people emphasize themselves by resistance to any form of magic, as well as high intelligence and great strength.

Felines are very close to nature and are therefore the protectors of the country and of the wind. They are constantly developing their battle skills and mental strength so that they can complete their tasks appropriately. Felines are excellent close-range warriors. They are very strong and have great endurance.

The fairies, also known as the Mirhur, were the second set of refugees to get to Iberia and settle there.

They soon became friends with the Felines and the two races have been supporting each other ever since. The Mirhur are a social folk, that have great mental strength. They brought magic to Iberia and maintain knowledge about ancient magic formulae.

Their exceptional intelligence and wisdom bestows impressive magic powers on the Mirhur. They also have the best connection to the spirit world.