Absolver is a multiplayer action role-playing game with a focus on providing fluid and dynamic martial-arts style movement, similar to dance. The story of the game is focused on the human development of the characters as they fight to discover their path in the collapsed empire. 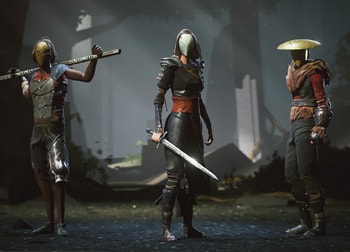