Ashes of Creation is an upcoming fantasy MMORPG or ‘massively multiplayer online role-playing game’ that offers an open world divided into zones and nodes which are points where civilization can develop into villages, cities, and metropolis. Extending the game’s content further and the game’s housing system, politics, and many important features revolve around the node system. Other notable features include no fast travel, castle and node sieges, trade runs and a unique Player killing system. 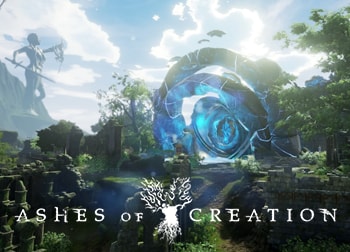 As Ashes of Creation heads towards its first alpha test this month for the ...
Read More

Will hopefully be my second job. Looks promising.

Really looking forward to a game that has this level of detail to game play affecting the world around you.