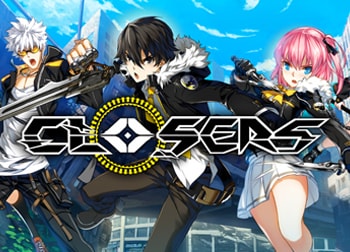 Today’s review of Closers will be focused on gameplay, combat, character progression, and other core features of the game, not on monetization models or the very end game, since I did only get to play the early to mid levels. It was more than enough nonetheless. I tried to get on the Korean one, but it was annoyingly difficult to do so compared to the private server that took 10  minutes to install. Playing this game was actually really fun for me and this review wasn’t at all difficult to write, since 2D combat games like Blazblue and Guilty Gear were often my go to games as kid.

When you enter the game, you can choose from 9 different characters. There’s Seha the striker, Seulbi the caster, Yuri the ranger, J the fighter, Misteltein the lancer, Nata the hunter, Levia the witch, harpy the rogue, tina the gunner, and two more characters that are not available in this private server version;Wolfgang Schneider and Violet the Valkyrie. There is no character customization when initially making your character. Yep, none whatsoever, not even the basic stuff like hair or skin color. Everyone with the same character look exactly the same in the beginning. Character customization can be done within the game though, through outfits gained from the cash shop and questing. The designs are actually pretty cool looking, and from my experience so far, they’re not over the top like other games in this genre. And yes, outfits CAN have stats on them through the game’s costume refinement. And it isn’t like Bless Online where the outfit stats are swim speed or something insignificant, outfits in Closers can give magic attack, physical defense, critical hit, and so on. I can’t make a fair comment on the pay to win red flags that this raises, since I didn’t actually get to mess with that in my time playing those things tend to change when games reach the west anyway, but at least you know it’s in the game. All I can say is that it’s a very unpopular thing to have in mmos, so I hope they will change it somehow.

As for the graphics, It is a cel shaded game, like Kritika, SoulWorker, and Zelda the Windwaker/ Like other games in that visual sub-genre, in this day and age, the style is really more of an acquired taste. As for the graphics quality, the game has very low textures that looks really cheap. Where it does shine, though, are the visual effects for skills that do a very good job of giving weight to character movements and attacks. The characters also look and act like they’re straight out of an anime, so I can see this game appealing to people that are into that type of visual style. It’s not the most appealing type of graphics for me, personally, cause I’m more accustomed to playing games with high-end graphics like Bless and Black Desert Online, but I liked it enough and it was good change of pace from my usual MMO.

Once you’re in the game, you’re thrown right into battle in a tutorial dungeon to teach basic movements and attacks. Your story is that of a high school student, with psychokinetic powers tasked with stopping an interdimensional invasion. You play the game under that scenario, and wipe out whatever your handlers tell you to, in the form of missions. 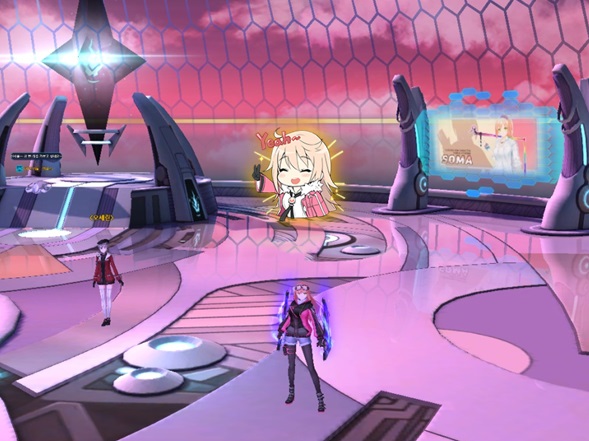 Pretty much everything you do in the game is based in hubs, kind of like kritika’s towns, that you can travel between by hitching a ride from this biker lady. I do wish they had connected the hubs together to give a better sense of actually moving your character from one location to another, but at least the cutscene for the bike ride is pretty cool. The hubs have everything you need to progress in the game, all the people you need talk to, all the NPCs for refining, upgrading, and of course, the robot NPC for going into missions.  The PVE in the game consists of missions after mission, after missions. If you don’t like this kind of mission based game, Closers will definitely not be for you, cause that’s pretty much how it is from beginning to end, and content is locked based on your mission progression. Meaning you have to finish easy mode of X mission to do hard mode, so on and so forth. It is pretty much as linear as MMOs get. That being said, Closers might be the first game I played where I actually wish there had been more cutscenes. Aside from the long cutscene in the beginning of the game, the story telling was lacking and more often than not, pretty confusing. Although, you do get sent into missions with varying quest agendas tied to your story in every dungeon, like rescuing this guy. That makes repeating dungeons have small variations as you progress making it a bit more tolerable. Another thing to note about progression, not at all a surprising thing, the game does have a fatigue system, so, yep, dungeon runs are limited. I also want to mention that there are housing and farming in Closers that can be unlocked at some point. I couldn’t really find them myself, but basically they’re customizable rooms where you can have maids, furniture, and stuff like that. Looks pretty interesting from what I’ve seen.

You ever heard that saying, “just take it as it is”. Well, that’s pretty much how I felt with this game’s sidescroll movements. It’s not bad, it didn’t take away any enjoyment out of my experience, in fact it was actually pretty refreshing, but it’s definitely not my preferred movement style for an MMORPG. The combat did make up for it, but I feel the game would be a lot better with less limiting movements. With only left and right as the primary directions, it felt a bit awkward, like something I had to play with a controller to really play it well and enjoy it to the fullest.

The combat is good, and like I said before, most attacks feel like they have weight. From the beginning, you will already get skills that look and feel really awesome and flashy, at least that was the case for all four characters I played. There was some challenge with the bosses, but for the most part of regular PVE dungeons, the missions felt like a walk in the park. Most trash mobs were dumb enough to be pushed around like weightless statues. I am aware that there are “emergency missions” in the game that have much higher combat difficulty though, so I’m sure there’s a lot more challenge than what I’ve played.

The game offers two different type of arena PVP, 3v3 and 1v1. Like other fast action combat ga   mes, it’s heavily based on pulling off good combos and properly countering your opponent. Dodging is also a thing, but the average range of skills is very wide, so it’s really more about countering your opponent and keeping them locked down. Something I know a lot of people will like to hear is that the arena PVP mode is equalized. There is also a 4v4 MoBa type of PVP in the game where towers and bases are involved like your usual moba. The 1v1 was really what I enjoyed the most out of the game, but it’s pretty clear that there are heavy imbalances with it. Overall, the PVP was very fun tho. There is also a ranking system for those that care about that.

Anyways, first impressions matter, and I did find just enough fun and challenging stuff to keep me going in Closers, I really enjoyed the experience, and I liked that my character felt cooler every couple of minutes every time I get a new item or figure out a new combo. I guess that will have a curve at some point, but for the time being, I’m still looking forward to seeing how my character will progress. Oh, and the music in the game is pretty great too.

If you are thinking of playing Closers, I do highly suggest playing with friends, or at least try to make a few inside the game to go through missions with. Otherwise, as with any dungeon crawler mmo, it will eventually get very chore-like very quick.

It was only days ago that Bai Winchester joined the Closers gang as the ...
Read More

En Masse Entertainment has patched in the Cryomancer ‘Bai Winchester’, the latest character to ...
Read More

A new character is joining the Closers gang this month. On April 23rd, the ...
Read More

En Masse Partners With Twitch Prime To Give Four Months Worth Of Promo Loot To Closers, TERA & Breach Players