Dark Age of Camelot is medieval fantasy MMORPG or ‘massively multiplayer online role-playing game’ that presents Arthurian lore, Norse mythology and Irish Celtic legends in a fantasy setting. The game is set in the period after King Arthur’s death when his kingdom is in constant war. 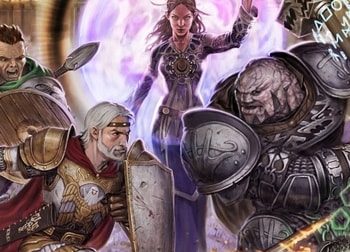 Labyrinth of the Minotaur

1
Please add your comments below

This is an MMO classic that built the foundations of Realm vs Realm PvP. Is it old, yes. Are the graphics dated, yes. Does it stand the test of time, without question.

If you are the kind of MMO player that might try going back and rolling a EverQuest character to relive the glory day but fear that you already know the game and want something old school, Dark Age of Camelot will fit the bill and show you why people that played the game back in its prime still rave about it.

The community is small but strong and very welcoming.