Dragon Project is an mobile MMORPG or ‘mobile massively multiplayer online role-playing game’ where you can join your friends to summon and fight massive behemoths in the Kingdom of Heiland. Forge, collect and upgrade equipment to suit your playstyle, which you can enhance with Magi to obtain powerful skills. 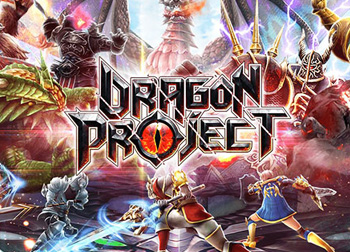