Rappelz is a medieval fantasy MMORPG or ‘massively multiplayer online role-playing game’ with a large fantasy world filled with mystical and powerful dark and light beings. Play and explore the world as one of three races, each with several class trees. 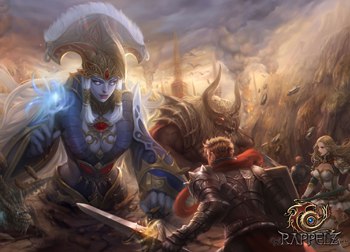 I remember being so hyped for this game back in the day while playing FlyFF. They were going to be published by the same publisher, GPotato. In the beta it turned out to be a lot more disappointing than I thought and then the insane pets and whatever else OHKOing people. I liked this particular trailer for the game at least https://www.youtube.com/watch?v=o4qbK1WY9Vs