Star Trek Online is a sci-fi space travel MMORPG or ‘massively multiplayer online role-playing game’ set in the same universe as the popular TV and movie series Star Trek. The game gives players the chance to explore the final frontier with their own starships. Take on missions, venture into new worlds that are filled with life, civilizations and dangers. 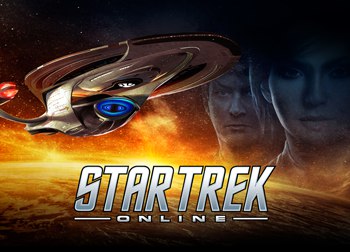 One of the longest requested feature in the history of Star Trek Online is ...
Read More

Star Trek Online Victory Is Life Expansion Will Launch On June 5th For PC, Console Later In The Summer

Star Trek Online players on PC will be able to play the newest Victory ...
Read More

The next part of the Age of Discovery in Star Trek Online is coming ...
Read More