Conqueror’s Blade has launched its first closed beta under My.com! We have teamed up with My.com to giveaway 200 Closed Beta Test Access Keys (NA Region specific) to those interested in playing the medieval warfare MMO. To participate and receive your key, all you have to is click the red button below. 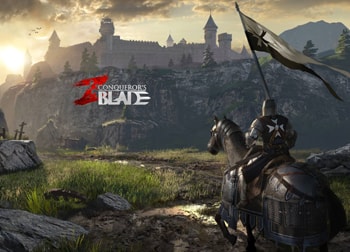 Conqueror’s Blade is a sandbox MMO warfare game that takes inspiration from ancient Eastern and Western civilizations and warfare. The game puts together action combat with tactical movements with a chosen class role and one’s army to command. The gameplay includes controllable medieval teams where players command dozens of powerful and varying troops from Eastern samurai to Western medieval knight of old in large-scale siege-like scenarios of over 1,000 troops in battle.

The bug should be fixed now. Sorry for the issue!

Thanks. Worked for me.

If you are out of keys, take the the page or put it in your title. Clickbait