Ascent Infinite Realm, the steam-punk themed MMORPG by Bluehole has been actively giving a weekly preview of all thing related to the game’s world. Last week, we received the Creatures of Nousgard and today Kakao Games Community Manager Praballo has shared the concept art of the Assassin and Gunslinger classes along with the tamable flying Lion mount.

Assassins and Gunslingers both use Light armor. For their designs, the main material for the Assassin’s armor are cloth and leather enhanced in some parts by light iron. Gunslinger’s armor are made primarily with fabric and leather which is made to be elastic and thin for fast-paced agile movements.

“Tamed mounts (bio-type vehicles) enable characters to freely fight while riding. Flying mounts are utilized as key tools in aerial combat and can be further grown to higher tier in residential ranches.” 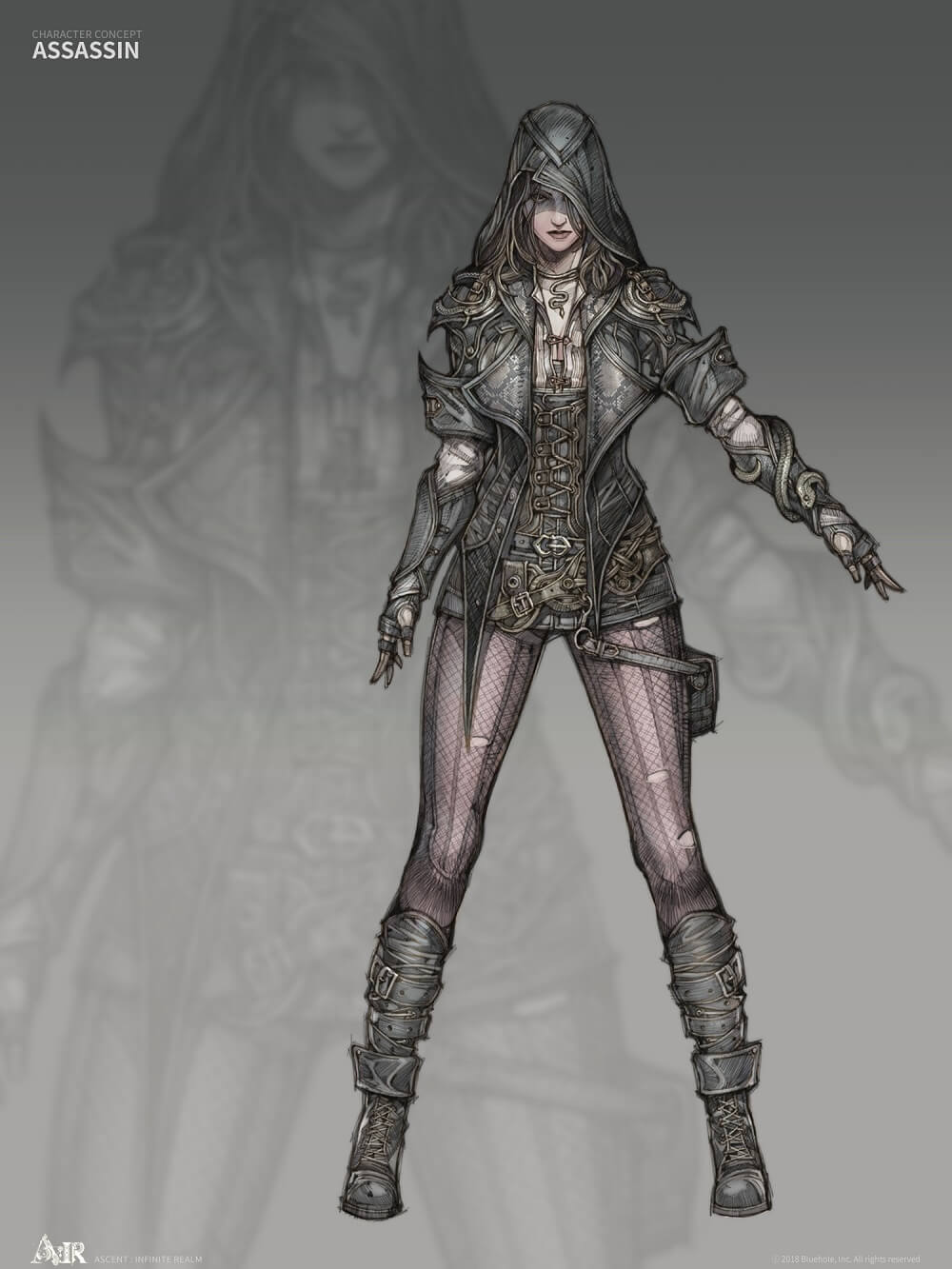 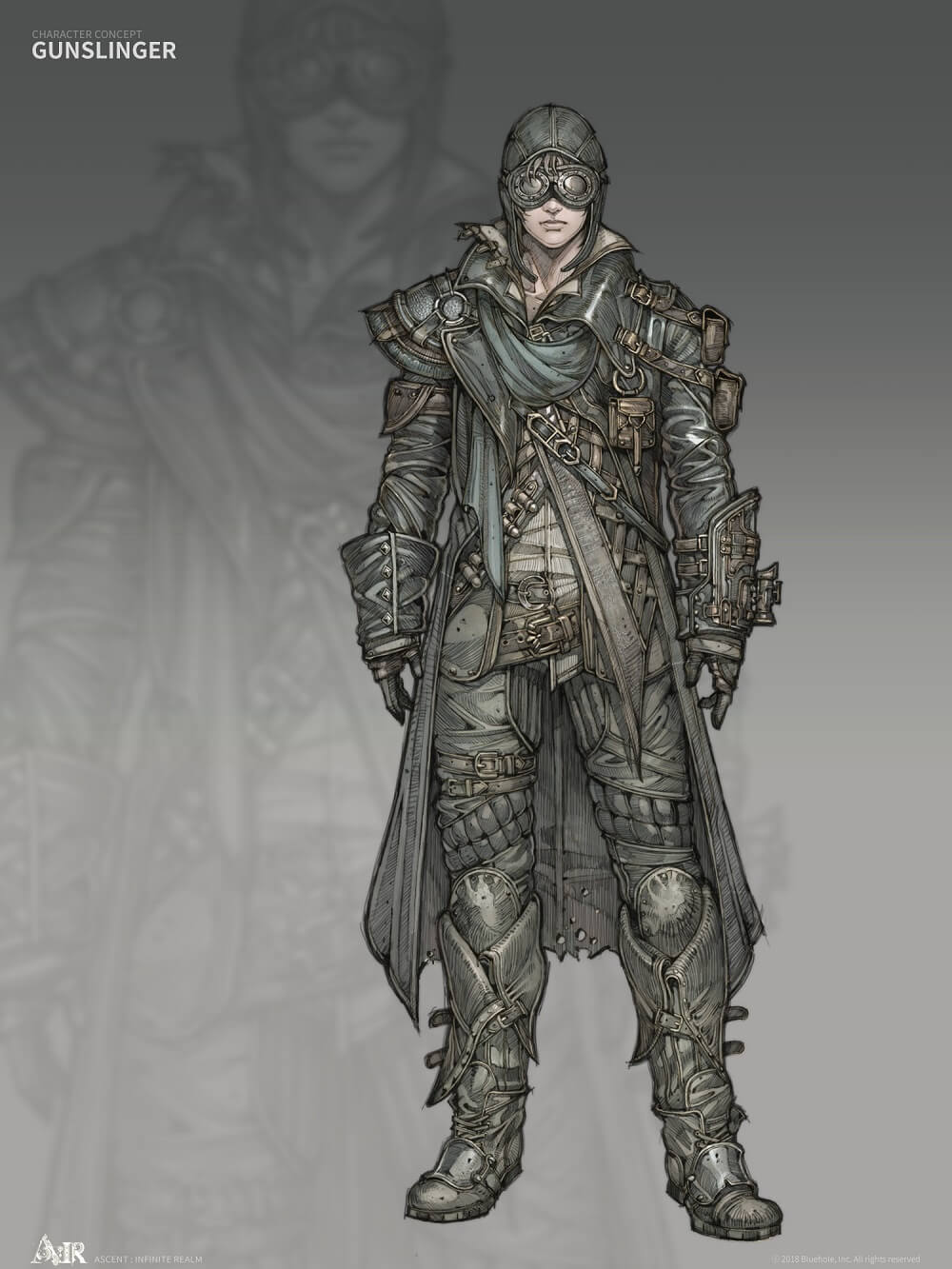 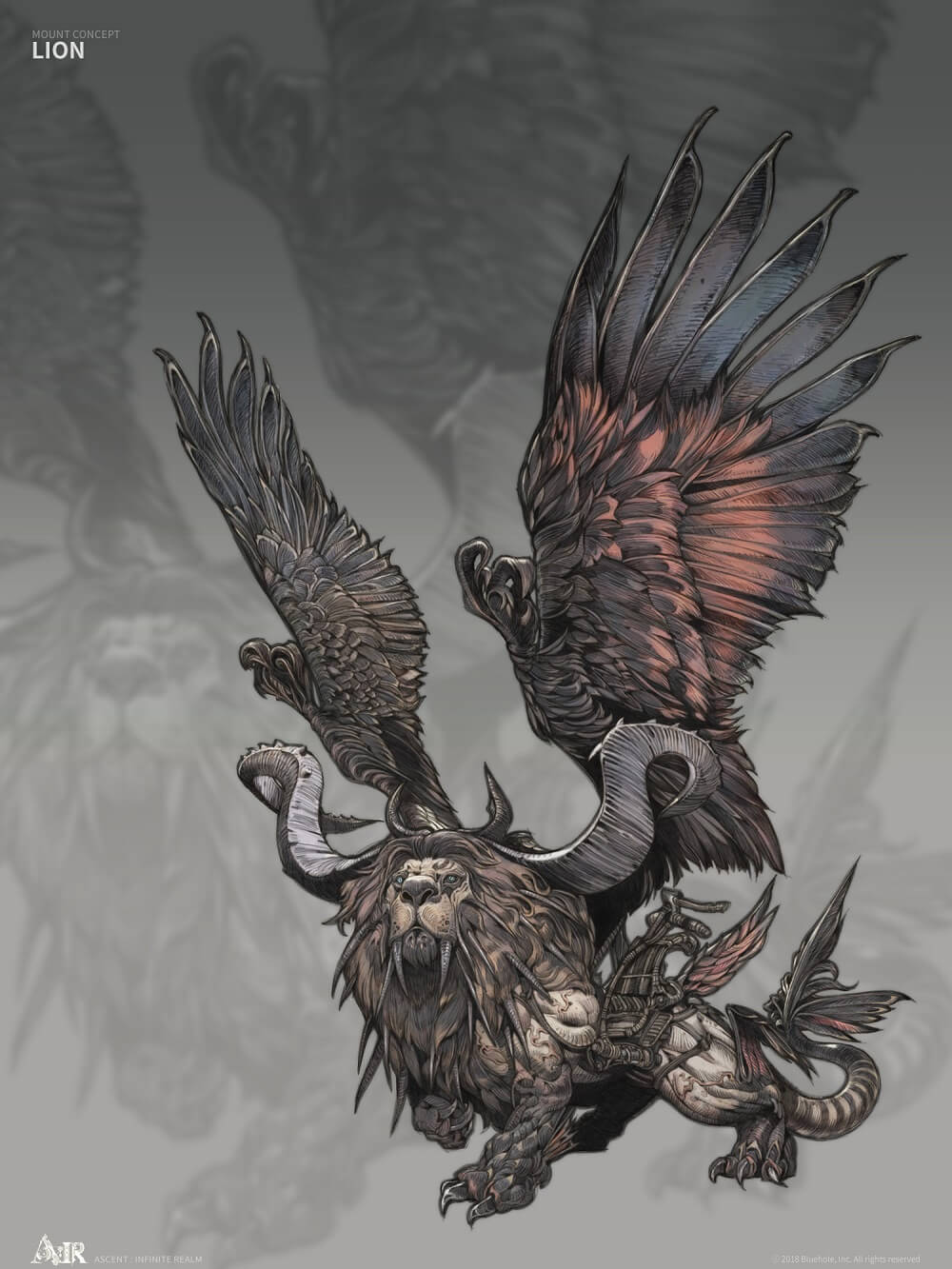 While it’s been stated in an interview with Kakao Games’ Europe’s CEO, Min Kim that we should not expect Ascent: Infinite Realm to fully launch until 2019, the game’s project Manager has assures us that the first English “test phase will be in Q1 of 2018”. More previews and showcases of A:IR’s world and classes will be shared by the A:IR Team over the next few weeks.