Ascent Infinite Realm, the upcoming steam-punk themed MMORPG broke silence last week by showcasing the inhabitants of its game world in People of Nousgard. As promised, Kakao Games Community Manager Praballo has shared another lore blog post. This time he has showcased the ferocious Creatures of Nousgard. As a disclaimer, he states that some of the artwork are still works in progress and may be different later on in the game. 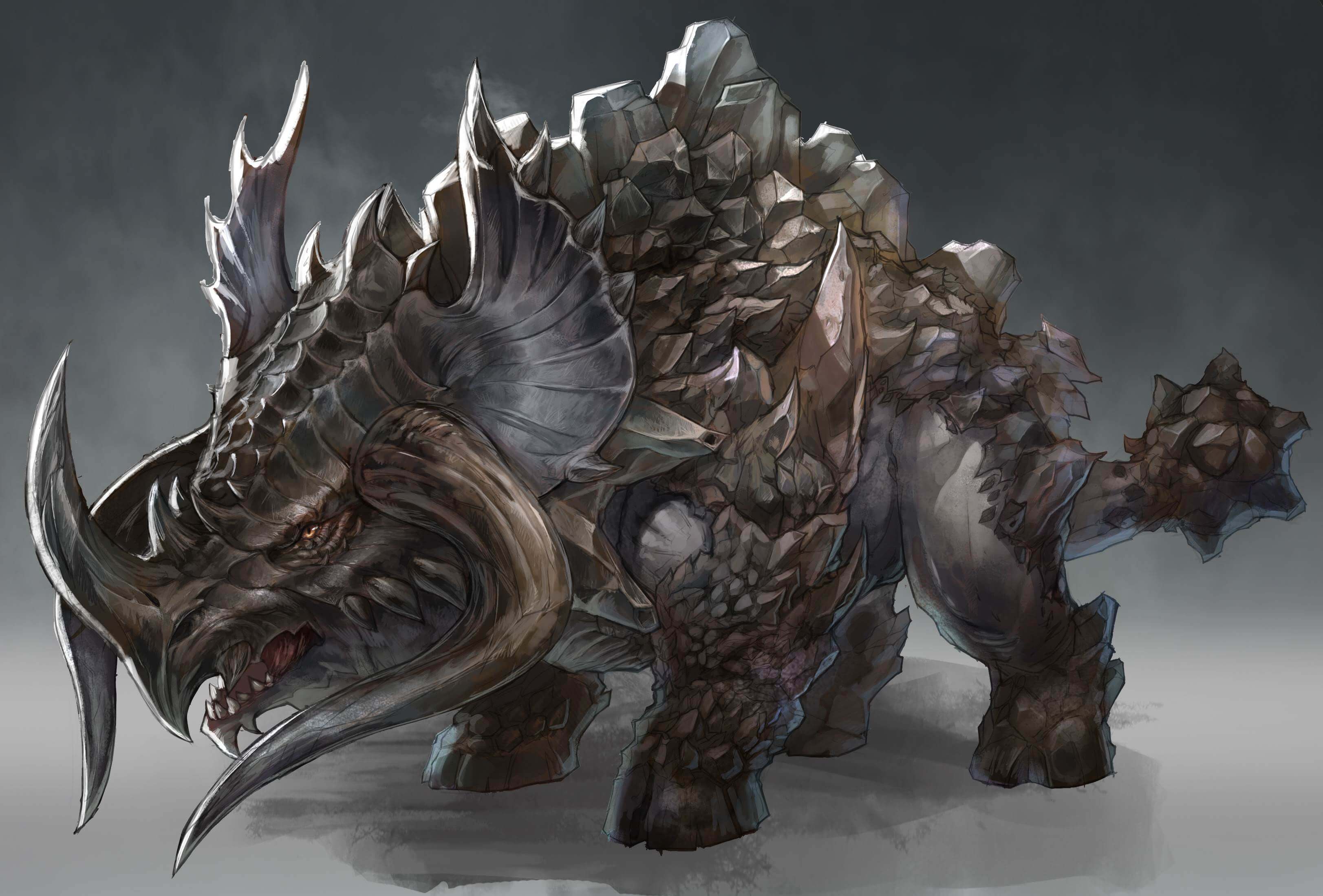 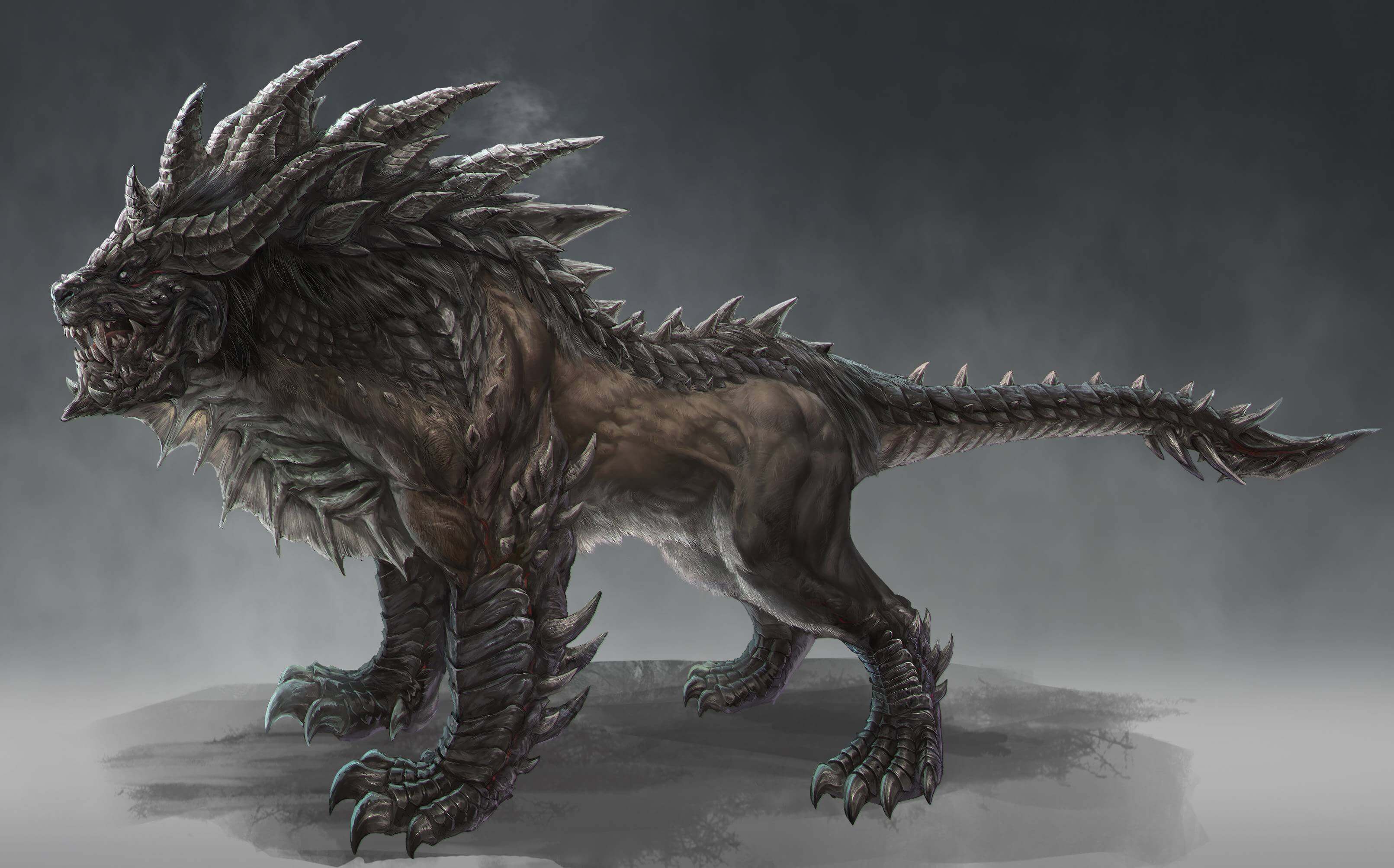 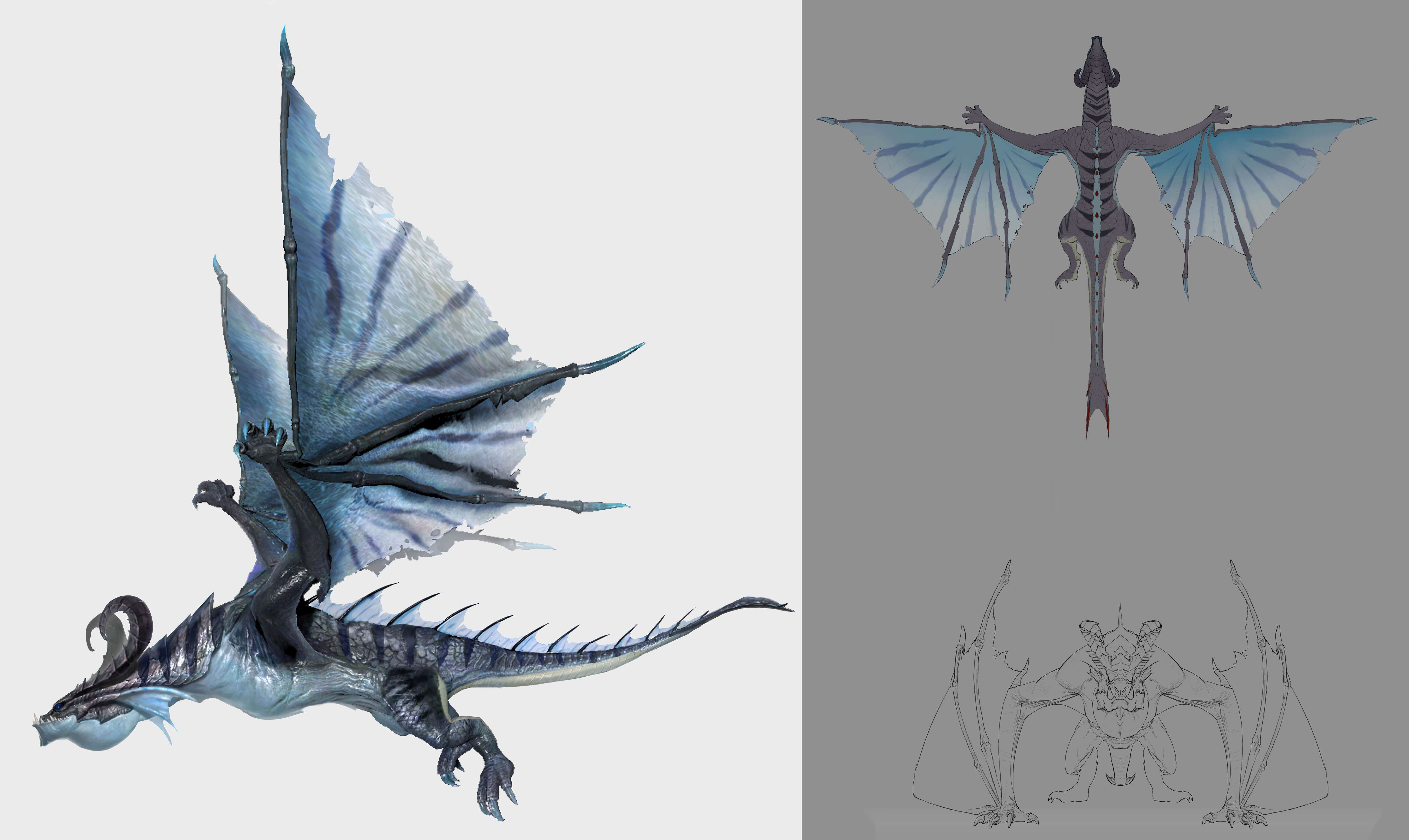 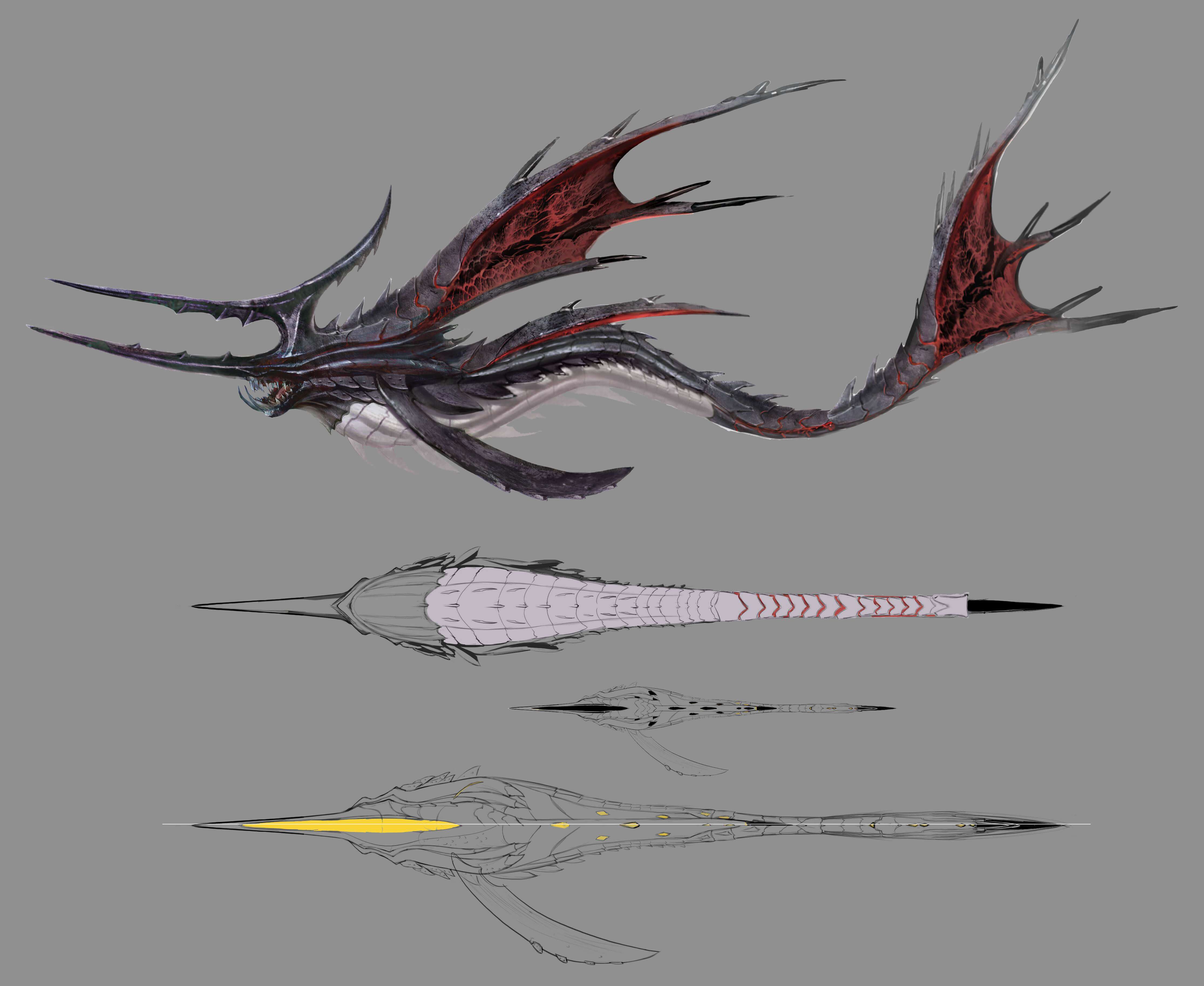 Besides the concept art of creatures and potential world bosses, there are also artist commentaries that offer lore-related information.

“Before the Great Catastophe, there used to be the planet Harth and three moons around it. However, one of the moons crashed into Harth (Great Catastrophe) and a large earthquake erupted. The planet was ripped into several floating continents and debris started revolving around two satellites. I was trying to express the floating islands in the form of a massive sphere bound by gravity, which is the element of the planet even though it was destroyed.

During the Great Catastrophe, that destroyed Harth meteorites rained down and caused rapid climate change. Numerous species became extinct, but some still survived until the present day by adapting to the unstable environment. Xumhorns have survived the Great Catastrophe by developing a rocky leather skin to survive subsequent earthquakes, volcanic eruptions, and falling meteorites. Some scholars argue, that Xumhorns have rocky leather skin because they have been eating minerals due to lacking other prey after the Great Catastrophe, and that is why they can be frequently seen in the mining area, however, this has not been confirmed.”

While it’s been stated in an interview with Kakao Games’ Europe’s CEO, Min Kim that we should not expect Ascent: Infinite Realm to fully launch until 2019, the game’s project Manager has assures us that the first English “test phase will be in Q1 of 2018”. More previews and showcases  of A:IR’s world will be shared by the A:IR Team over the next few weeks.