Pearl Abyss has joined in on the Battle Royale hype! The Korean version of Black Dessert Online is set to launch a new battle royale mode called “Shadow Arena mode” on January 15th. Shadow Arena will set 50 players to fight against one another until only one is left standing.

Players will begin as small black spirits and find fallen adventurers to posses and control. Everyone starts on equal footing and gears in the existing BDO world do not matter inside. The goal is to acquire equipment and skills while destroying nearby monsters and supplies. 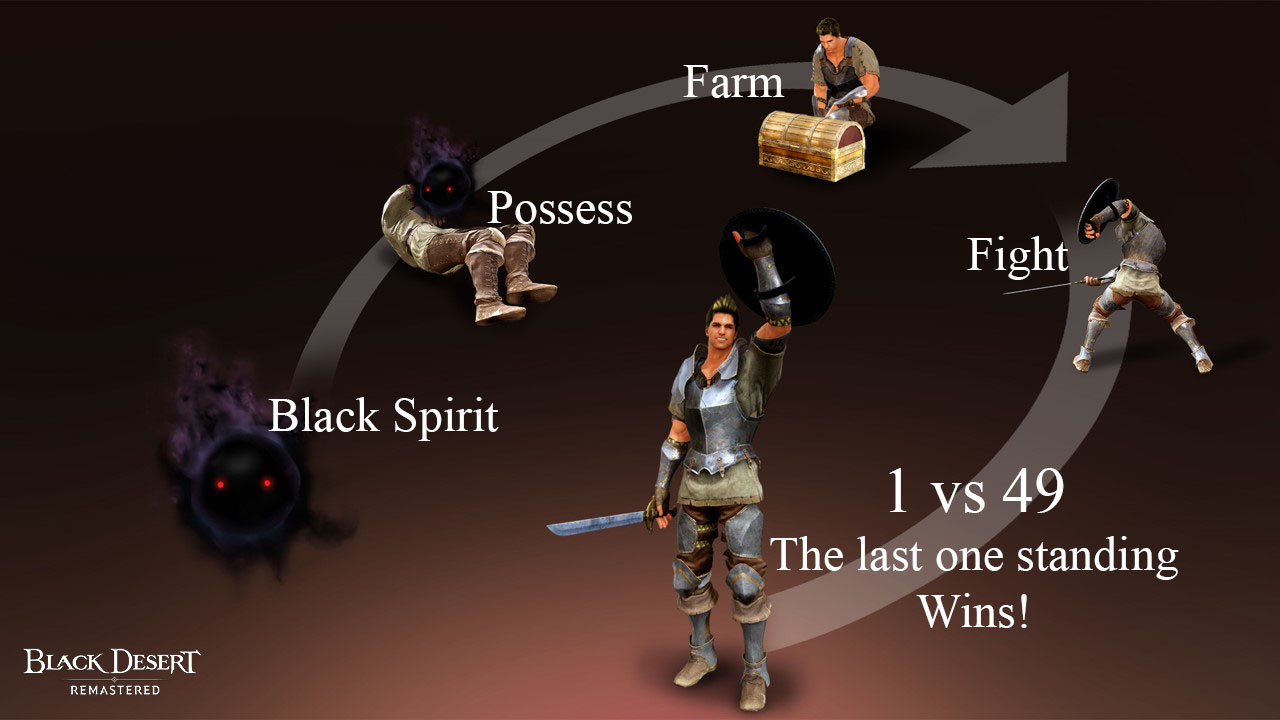 Shadow Arena was on the Korean test server in December. It is unknown when the North American and European versions will receive the update, but it is expected sometime this year.