The latest update to the Steamdb page of Bless Online suggests that the game will initially have at least three different packages available for purchase on top of the base game. Bless Online is still set to be playable as a buy-to-play game in May and so far, there has not been an official announcement stating a specific date for the start of the upcoming Early Access. This latest change can be seen as another indication that Neowiz still plans to release the game within this month and that they may just be keeping us on our toes until the very last minute. 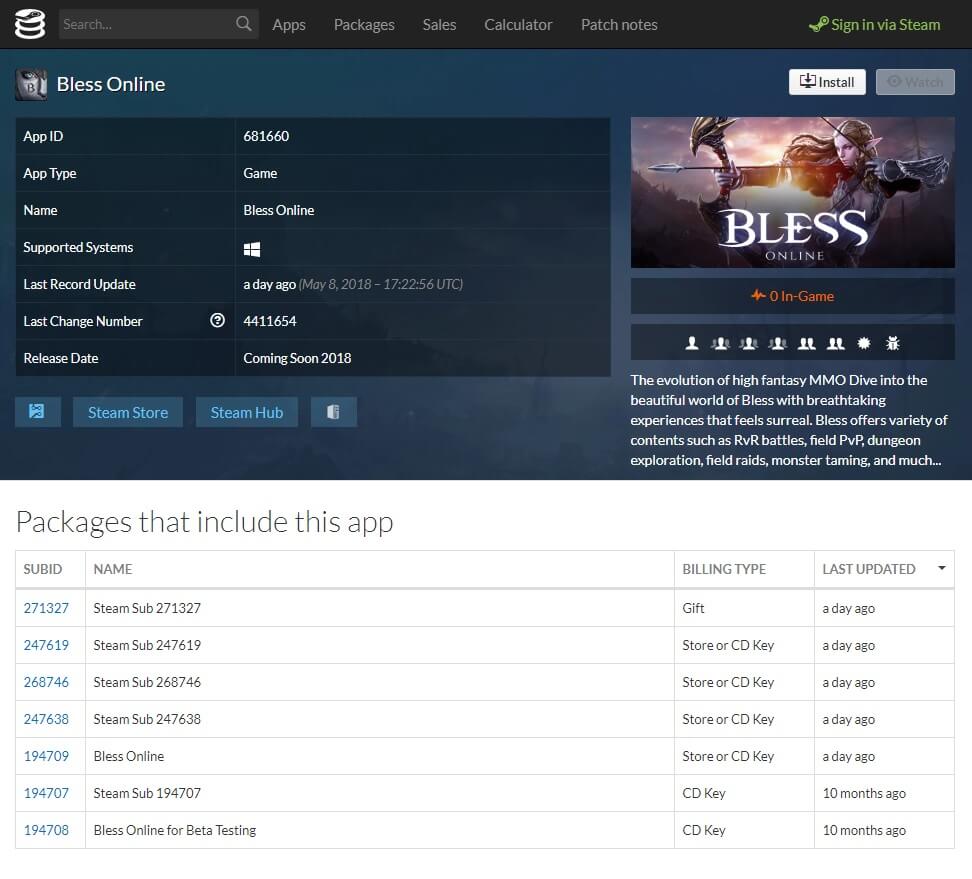 As seen on Steamdb.info under Known Restrictions

The two biggest questions still stand: When and how much?

Neowiz will conduct a Bless Online press event in San Francisco, California on May 11th which many expect will be the day we receive a specific date for the Early Access. Fret not if you can’t attend as it is a “press” event. There will surely be heaps of streams, videos and other media flying about during the event.

So hopefully the block means not as many eastern bots and gold sellers as usual, so that’s nice…pending vpn tunneling.

OMG! There is a chance Philipines will be blocked too. T_T