Crowfall’s upcoming Pre-Alpha 5.6 play test will allow backers to play as a male or female High-Elf. As a teaser, ArtCraft Entertainment’s Art Director Mellisa Preston has revealed one of the armor designs for the upcoming playable race as well as the visual direction behind it.

The High-Elves in Crowfall were designed with “many of the classic fantasy elements that players expect in an Elf race” in mind, especially their appreciation for art, detail, design and aesthetics. The armor design for them highlight the defined upper body and slim build of the High-elven race without relying on a push-up bra chest plate armor. 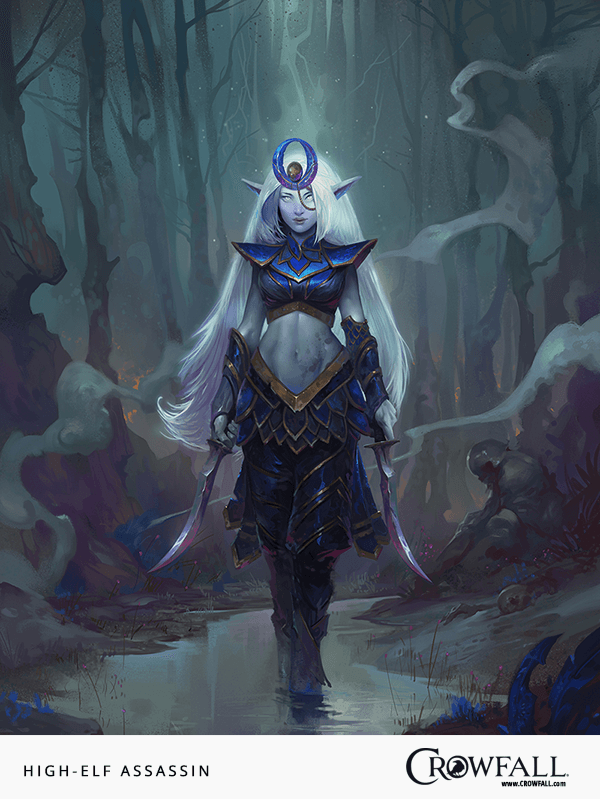 We wanted their gear to reflect this appreciation for craft and artistry, so we allowed for more embellishment and excess in their designs. Other Races, like the Humans, may scoff at these elements and find them superfluous. Humans… Pah! Foolish Human savages!

The High-Elf race was initially designed for the Frostweaver class (before the race and class lock was removed) and so the gear was designed to allow dance-like movements. Cultures with history of costume and dance as part of their traditions from Thailand, Persia and even Samurai armor were used as references. 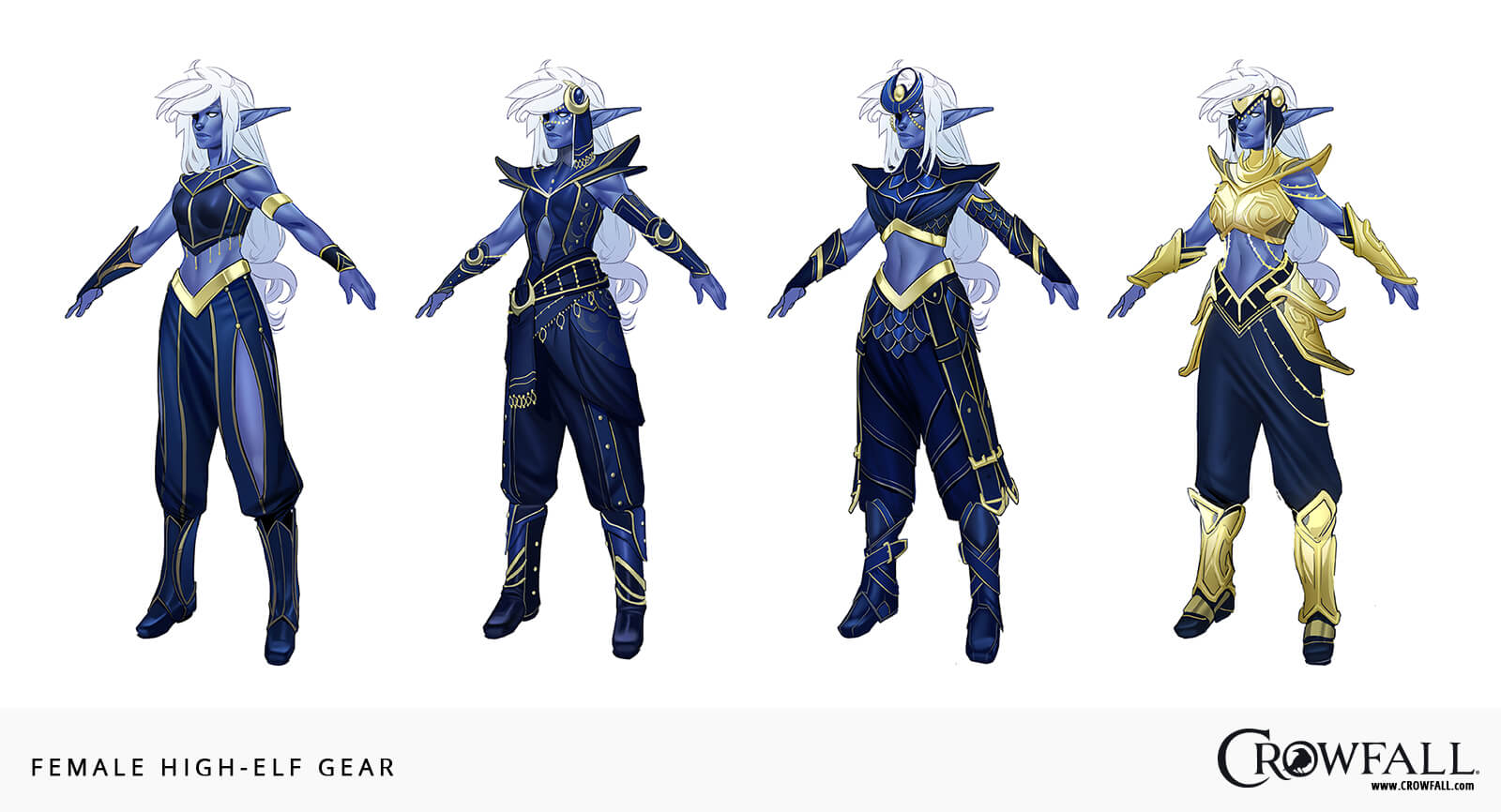 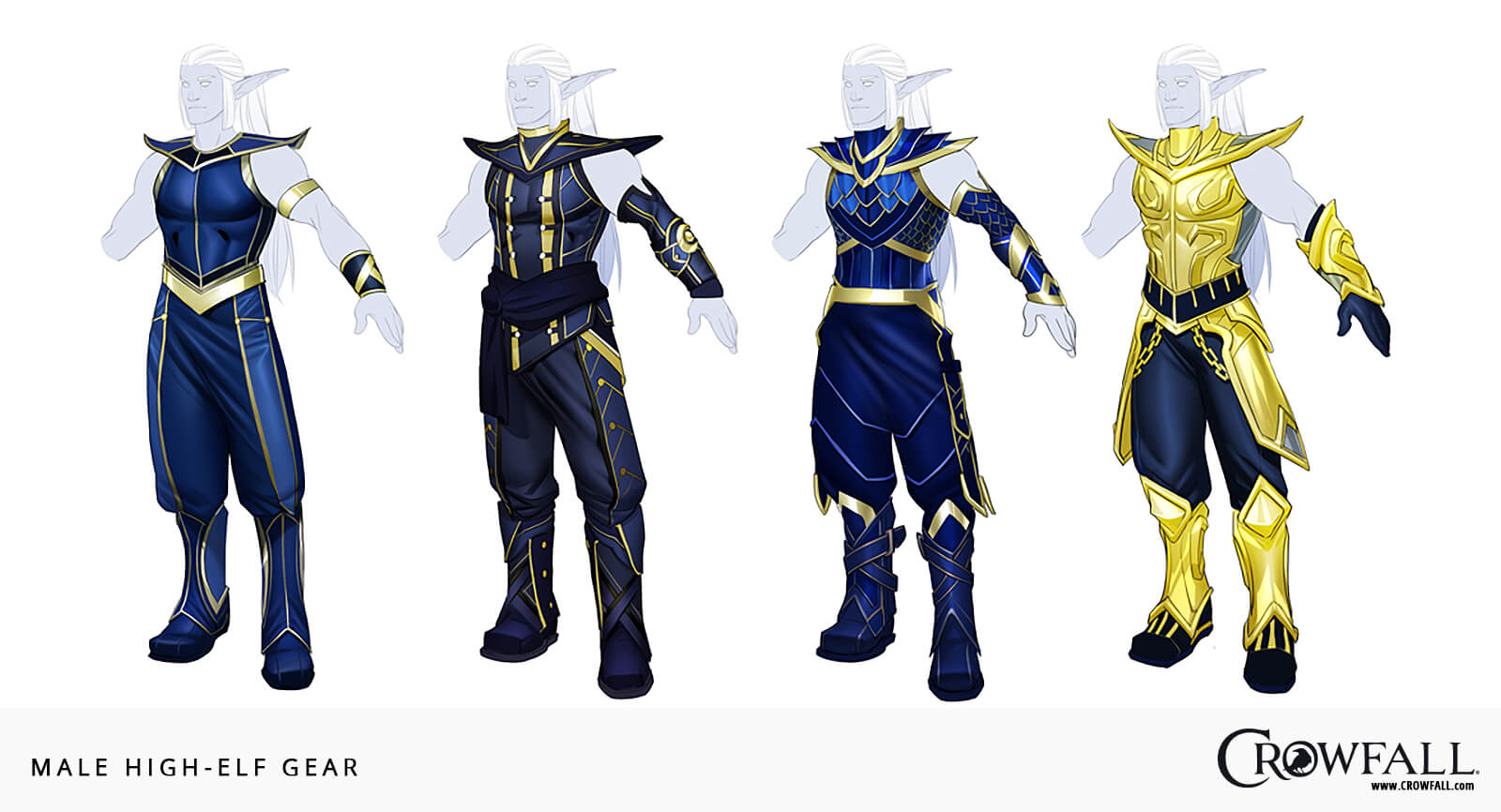 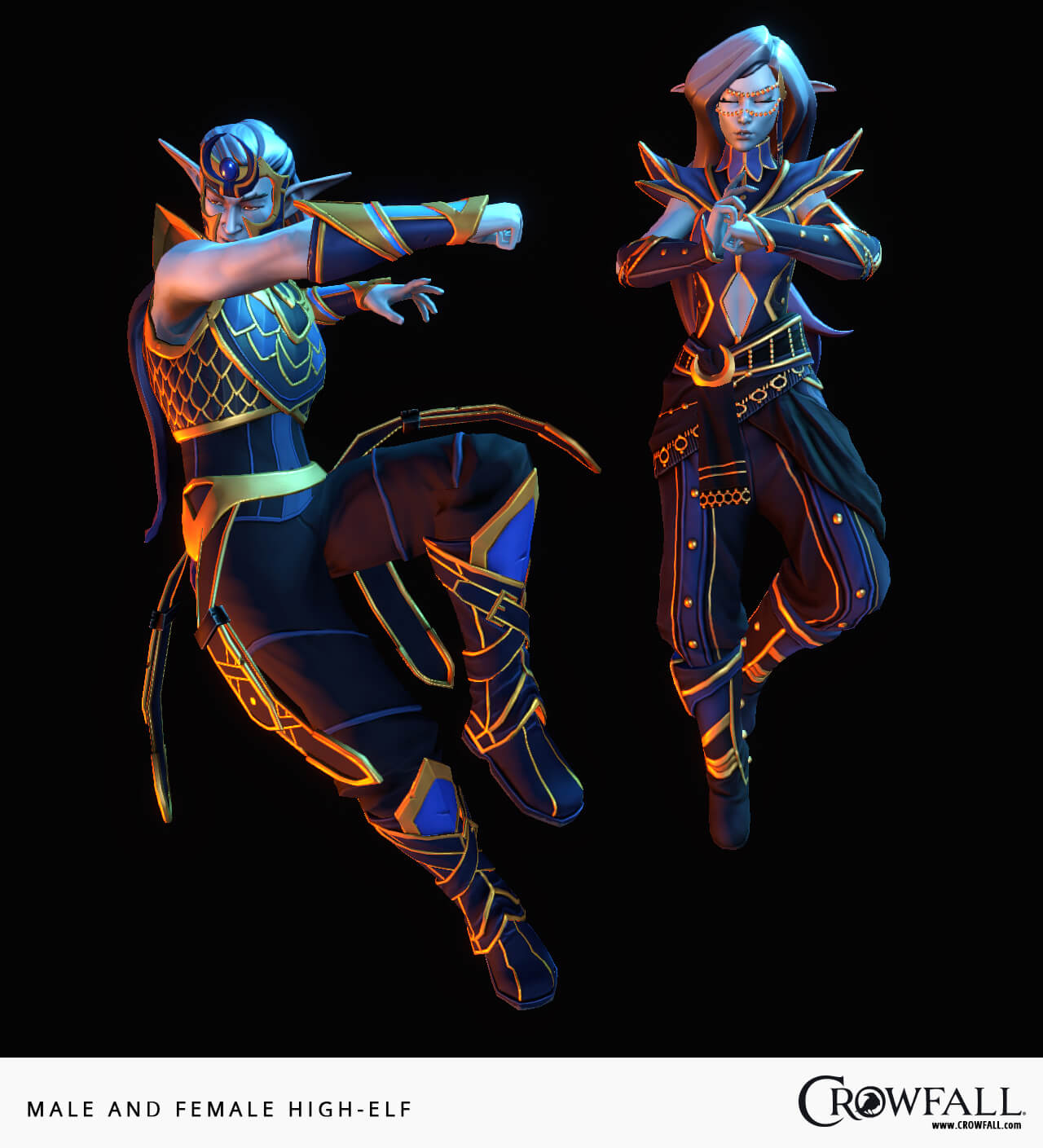