KurtzPel: Bringer of Chaos, KoG Games’ PvP focused spiritual successor of the anime MMORPGs Elsword and Grand Chase has been quite active lately with showcasing the PvE aspects that are being developed for the game. Perhaps this is due to some misconception that the game will only offer instanced PvP arenas. Last month, they revealed screenshots and videos of several characters in combat with PvE bosses. They also revealed a new playable combat style called the Blazing Fist. Now they have shown a brand new boss with a lava-themed reptilian appearance and the “toon line” for a golem-like boss. 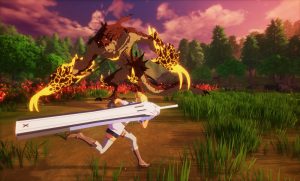 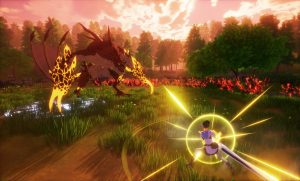 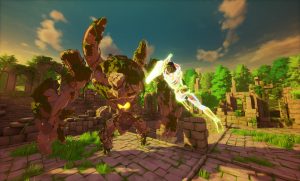 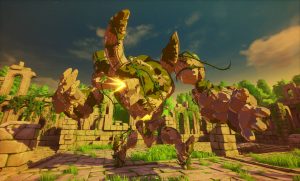 KurtzPel is primarily a PvP game, but will offer PvE in the form of missions that are done inside instanced dungeon-like arenas. Below is a look at the game’s two player co-op mission mode.

As of now, no official announcement has been made that states that KurtzPel will have a Western release in the near future. The game is still very much in development stage and will likely run alphas and betas in its native Korean region first, a long time before a time-frame for a Western release is revealed.

I’m kind of getting Rakion vibes. I’m very curious to see how well KurtzPel does in the Korean market.