Perfect World Entertainment is headed to E3 2018 (Los Angeles) on June 12th with their first ever mobile sandbox MMORPG called ReEvolve. ReEvolve is set in a post-apocalyptic semi-realistic world that was brought to its destruction by wars and plagues. To avoid total annihilation of the human race, humans must use space-time tunneling technology to navigate various eras and build a brighter future.

ReEvolve’s world will offer a wide range of ecosystems, weather, realistic animal behaviors, a day and night cycle and animal migration. Seems to good to be true? Well, the game will also offer sandbox features like building and maintaining your very own bases where you can create houses, construct defenses, farm your own crops and breed animals. The game will have a PvE mode where you can fight against the wild monsters that you encounter and a PvP mode with solo PvP and Team Death Match. 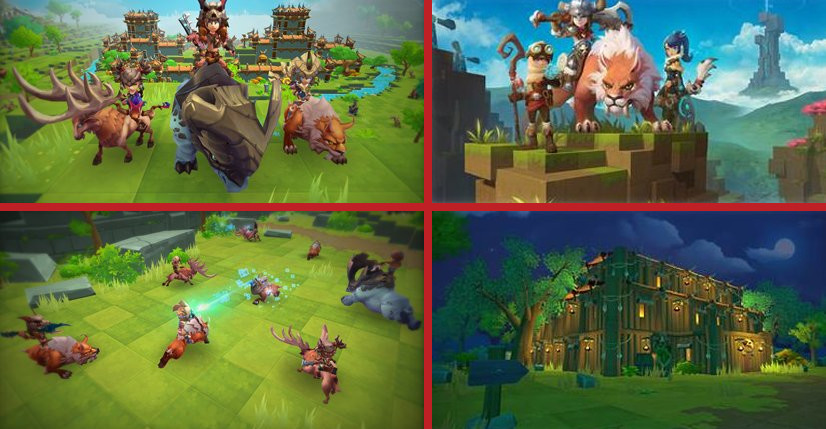 “The future is upon us, and things aren’t looking too good for the human race. War, plague, and evil have brought humanity to the brink of extinction, with one thing standing in the way of total annihilation-time travel. ReEvolve charges players with an important task: use the future’s space-time tunneling technology to past eras and other planets in order to build a newer, brighter future. Will your contributions have you following The Shepherd, the human organization determined to set history right? Or will you be drawn to the corrupting, Cthulu-worshipping forces of The Piper? Use your M.P.D., a gun that can absorb everything from bosses to wild animals, to craft the world of your choosing.”