NCSoft’s quarterly earnings report for Q1 2018 have just been released and while the company’s giant spike in mobile games revenue continues to even out, several MMORPG titles appear to be making a comeback.

Guild Wars 2 sales dropped by 32% in comparison to the previous quarter. This is to be expected considering the stabilization after the success of the Path of Fire expansion in Q4 of 2017. Aion’s sales jumped by 48% which was fueled by the change in monetization scheme. Comparing the sales of NCSoft’s top PC games, Blade & Soul is leading the way as their highest source of income from PC games. As a speculation, this could be the result of the combination of a large number of updates done to Blade & Soul in the recent months and the hype from Blade & Soul Mobile at the end of last year. 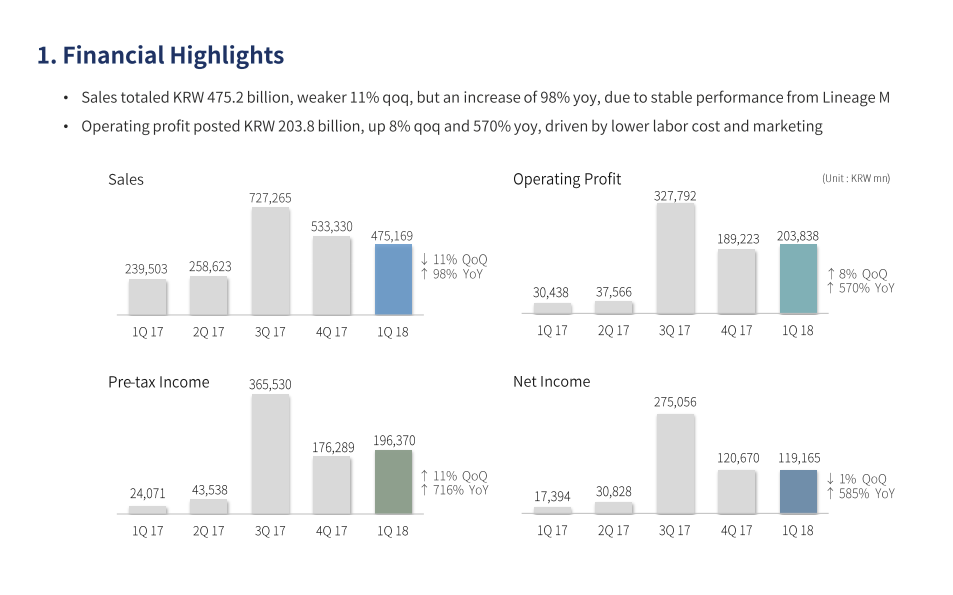 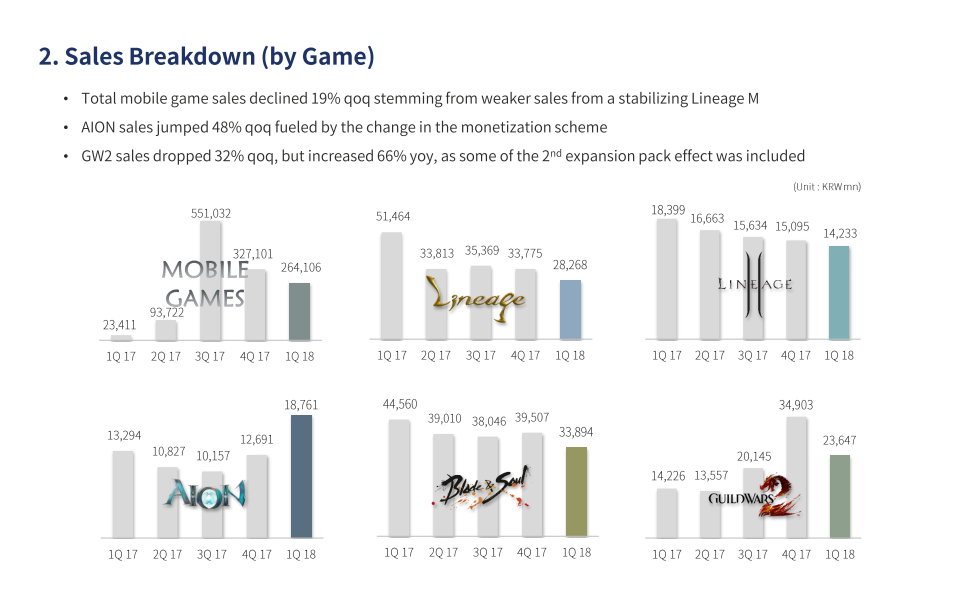 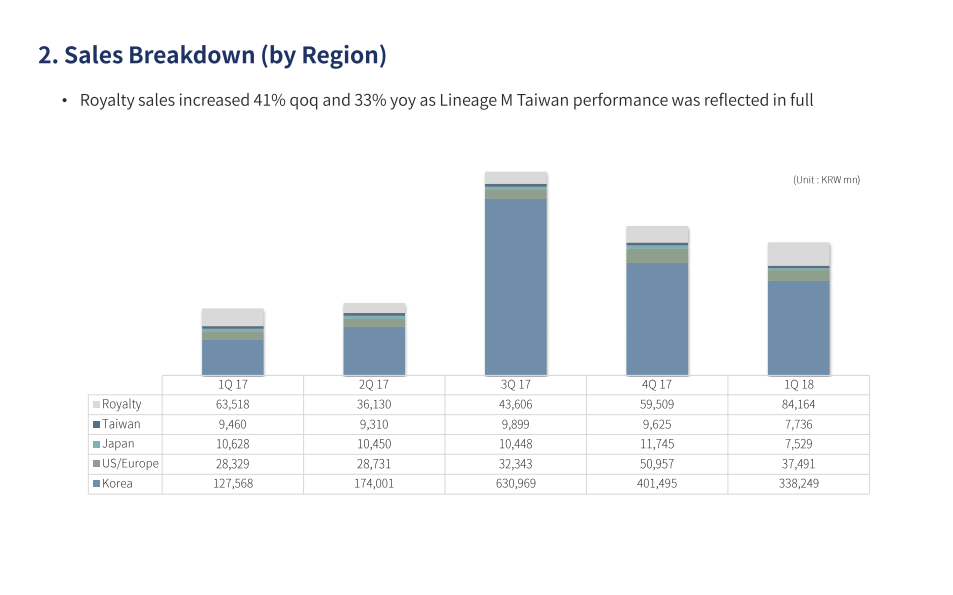 The total mobile game sales declined 19% qoq (quarter on quarter) as a result of weaker sales from a stabilizing Lineage M. NCSoft’s revenue from mobile games still dwarfs the revenue from all of their top PC games combined.