Perfect World Entertainment has posted about a new update to Neverwinter that brings to light the new ‘Challenge Campaign System’. This system puts attention to the game’s old zones and dungeons by giving players rewards that are useful to their level.

Campaigns that are older and are not leveling zones will be grouped as ‘Challenge Campaigns’. Their difficulties will be scaled automatically so that end-game players will find them challenging. Three new weekly quests will be acceptable from the Protector’s Enclave that will lead players to the campaigns. 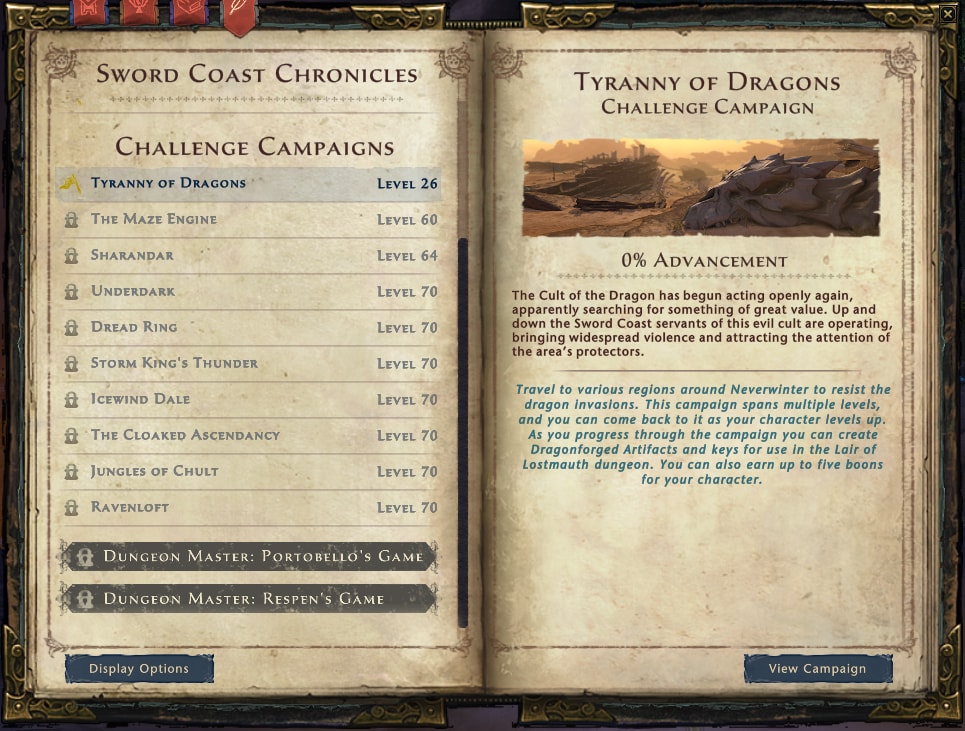 When a campaign is older, the rewards aren’t as interesting to endgame players who have kept up with the game. This also leads to campaign zones being trivial for well geared players but at times too hard for newer progressing players.

With so much great content tied into these campaigns, we wanted to look at ways to improve the experience and make campaigns more balanced and more rewarding to all players involved.