A dedicated page for the 2.0 expansion has been launched to introduce the new heroes and villains, the expanded story and more. 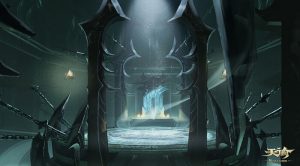 Not much is known about this mobile game, but we know that it will be an MMO and that based on development teasers, it may feature characters from the lore of Revelation Online as playable characters. We will keep a close eye on this title, so stay tuned.