Shroud of the Avatar, the crowdfunded MMORPG made by developers who worked on classic MMOs such as Ultima Online is now finally launching on March 27, 2018. The game was already considered by many to be at a soft-launch for some time and was seen by many as the spiritual successor to Ultima Online.

This upcoming launch will introduce many changes to the game such as new companions, expansion to the number of craftable houses and many others as detailed in this post. 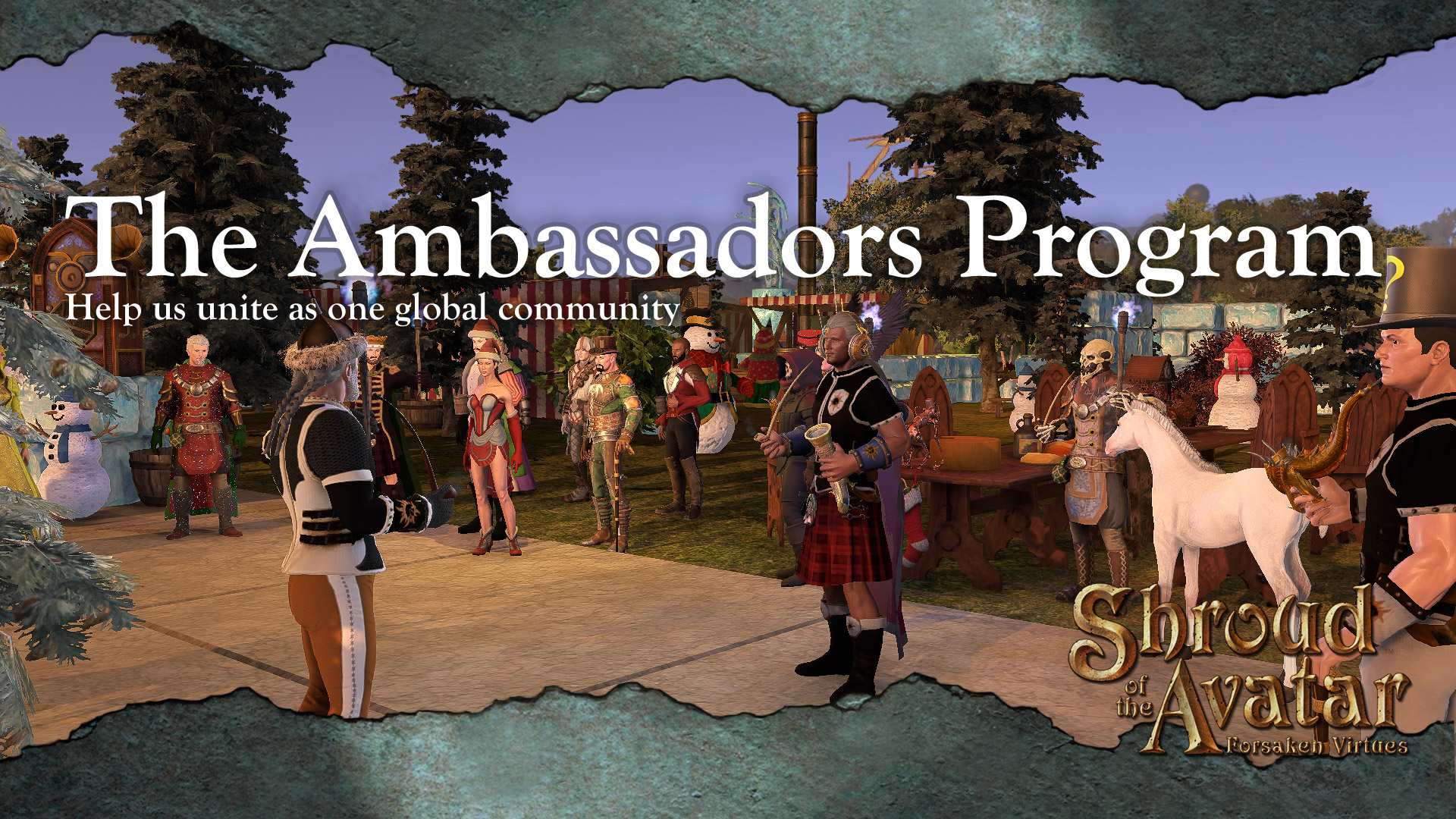 On top of this, Shroud of the Avatar has introduced their new “Ambassadors Program” for players that wish to contribute to the game by welcoming new outlanders.

“SotA Ambassadors will have a multifunctional role, being representatives and also caretakers of the Sub-Communities of a specific language. Their mission is to welcome and onboard the outlanders who are new to the Community, in their native language, and maintain the respective language forum as a fun and friendly place. In order to do so, the Ambassadors will have some moderation permissions for the section of the respective language, on the Forum as well as on Discord.”