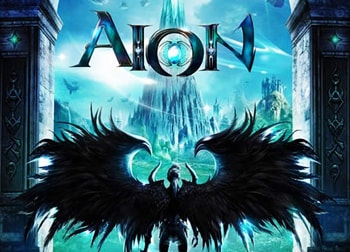 There are two playable factions in Atreia, the Asmodians and the Elyos, inhabit the two halves of the shattered world, alongside thenonplayable faction, the Balaur, dragon-like beings. These factions battle to establish control over the world Atreia.

The Asmodians
The Asmodians are a brave, hardy, strong-willed people that are generous and fiercely loyal to their own, but fight ferociously against outsiders. They live in the upper half of Atreia, known as Asmodae. Their capital city is Pandaemonium.

The Balaur
The Balaur are mighty, highly intelligent beings, fixated on power and domination. Their aggression threatens the fragile world of Atreia. The Balaur homeland is Balaurea. The Elyos and the Asmodians are mounting a counterattack against the dragonlike Balaur and their allies.

The Elyos
The Elyos are a beautiful and radiant people, but have become arrogant. They see their beautiful forms and their lands as an entitlement from Aion. They occupy the lower half of Atreia, known as Elysea. Their capital city is Sanctum.

Gladiators live and die by the sword. They are skilled in a variety of weapons, and can master a mixture of fighting techniques tailored to the characteristics of their weapons.

Templars act as guardians, defending while wielding a sword in one hand and a shield in the other. Templars can use chants and incantations to protect and heal themselves and allies, but they serve most often as frontline fighters.

Rangers are skilled archers. They can also use melee weapons, such as swords and daggers. They are adept at observing their surroundings and optimizing their tactics for terrain. Rangers can survive in the harshest of environments.

Assassins are experts in stealth and quick, brutal attacks. They are adept at hiding in the shadows, picking their targets carefully, and then crippling their opponents with little warning.

Spiritmasters use the power of their elemental spirits to strike fear into the hearts of their enemies. They can summon powerful pets, each of which offer different offensive and tactical advantages to a battle.

Sorcerers have mastered the elements of water, fire, air, earth, and their most powerful ally, Aether. A Sorcerer’s spell diversity and magical firepower have single-handedly turned the tide of countless battles.

Clerics use the power of magic to strengthen their allies, heal their wounds, and resurrect them when they are defeated. Do not think Clerics are delicate, though. Their chain armor, mace, and shield allow them great durability.

Chanters manifest their faith outward, infusing it into their allies. Though they can heal and use a staff in battle, their primary ability is to instill fierce discipline to strengthen allies and raise morale through their mantras.

Gameforge has sent word that AION 7.0 has been postponed to arrive on July ...
Read More

Aion‘s next major content update is on its way and it’s called ‘Ereshkigal’s Wrath’! ...
Read More

Aion: Legions of War, the mobile strategy RPG that is set in the same ...
Read More

NCSoft is preparing to expand their reach in the Western mobile game market with ...
Read More