The Mythical Realm 2 (or Xian Xia 2 as it is called in China) is a Chinese MMORPG with a Wuxia theme, which means it’s all about Chinese martial arts, eternal gods, magical swords, and flying heroes when it comes to story and gameplay themes. Other similarly themed games are Moonlight Blade and Revelation Online. One of the main features of the game is its limit-less flight, which works and feels much like the flight in those other two similar games, but with no wings required.

Anyways, let’s get started with the details. The game has 8 classes to pick from and there’s no official names for them. Google translate gives me random words, so I’ve chosen to name them myself within their respective types: Spearman, Berserker, Assassin, Ranger, Bard, Warrior, and Wizard. 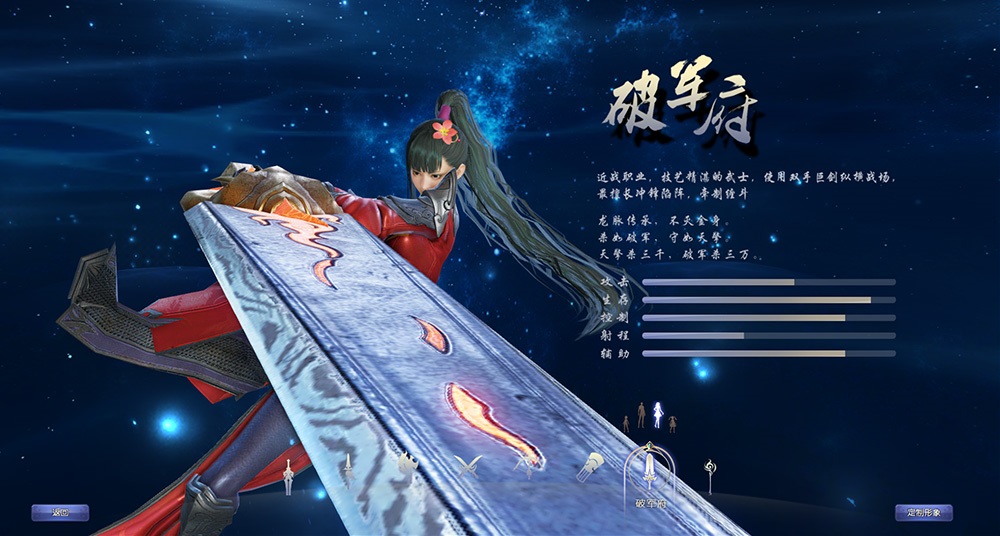 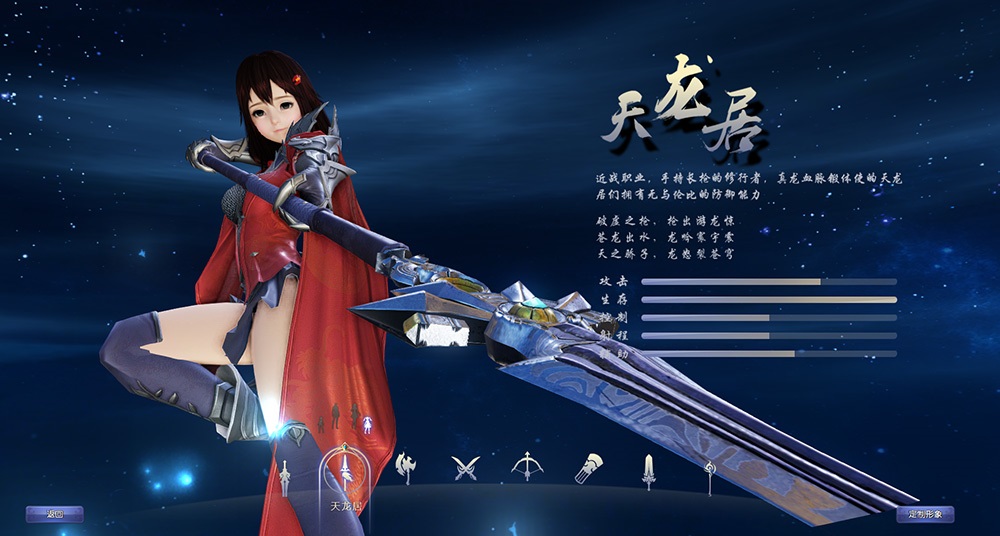 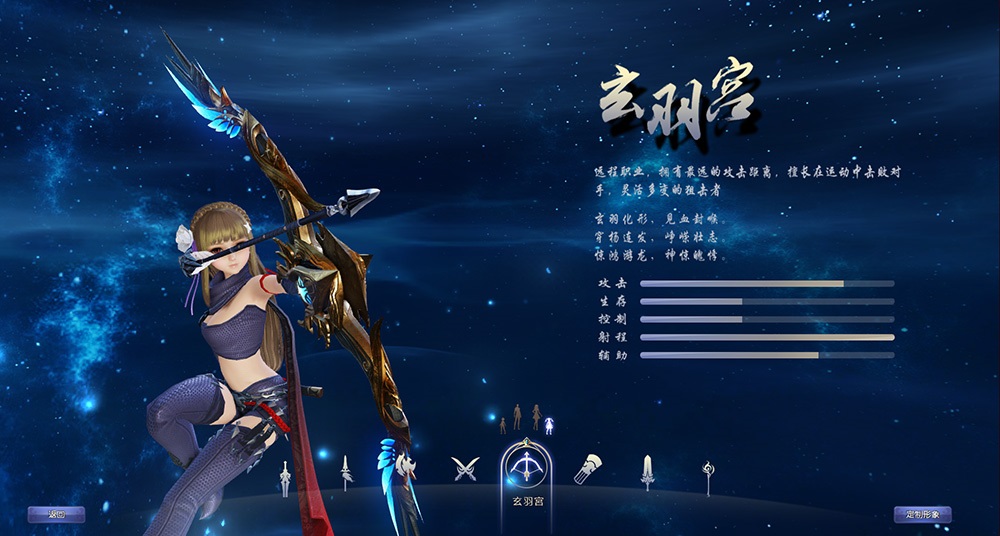 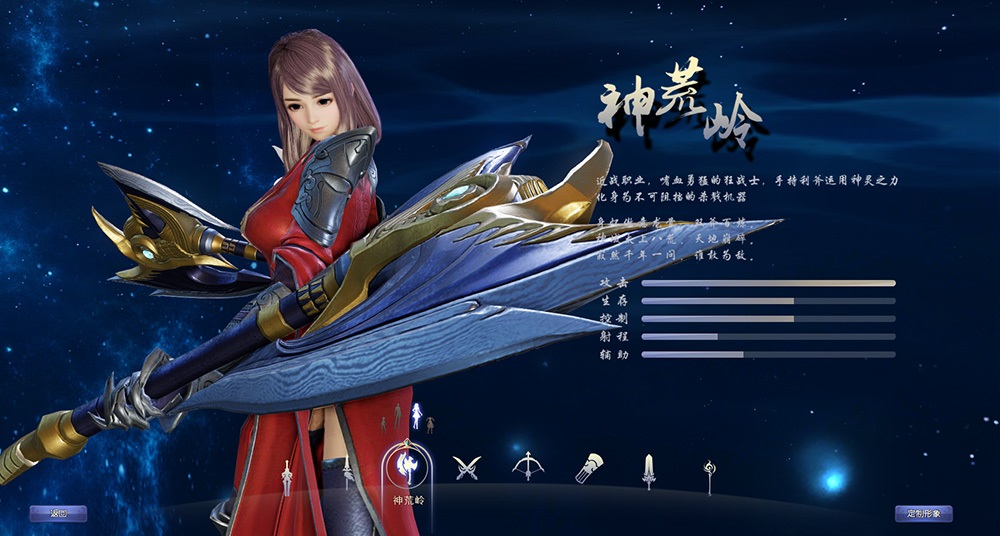 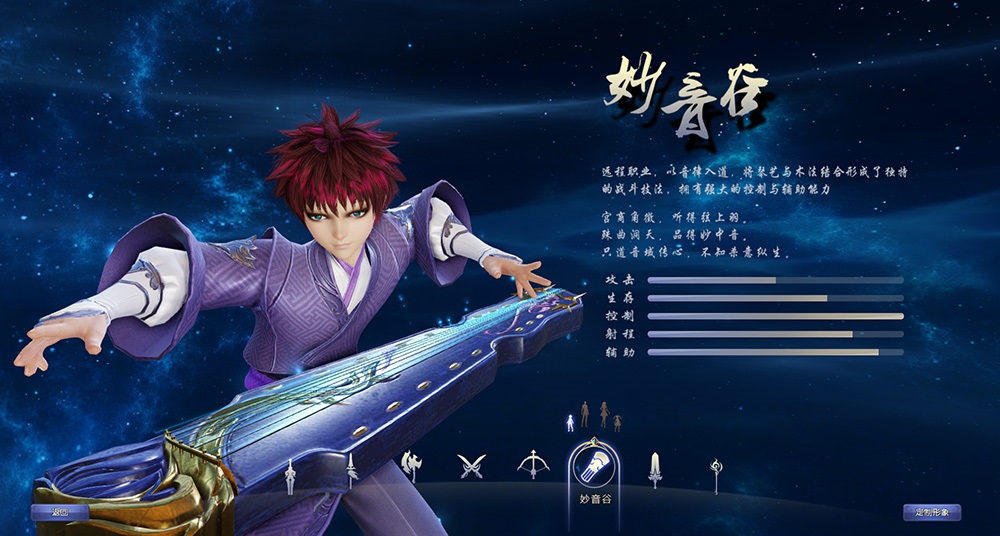 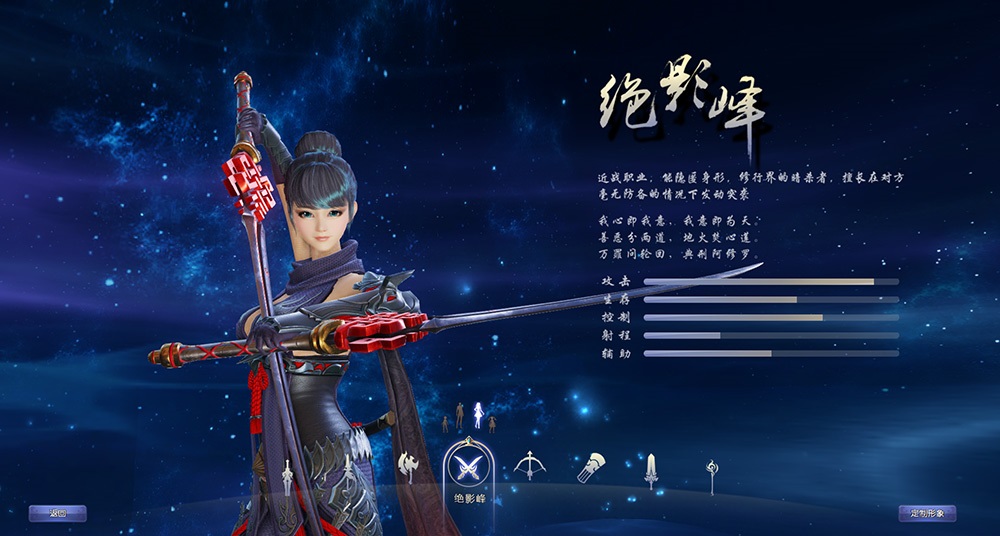 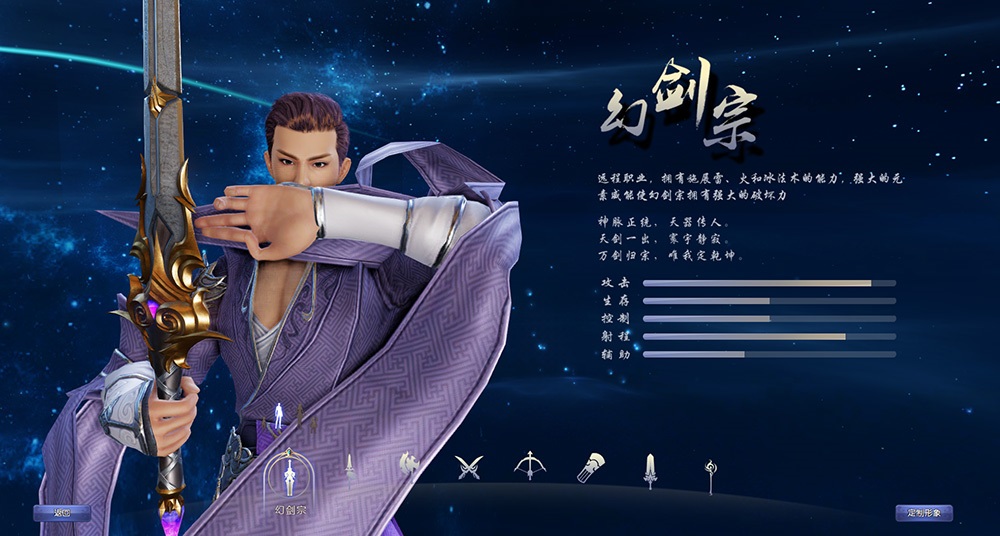 Every class can play all four body types, which are shota, loli, average guy and average girl. Having no class limits for each body type is great. 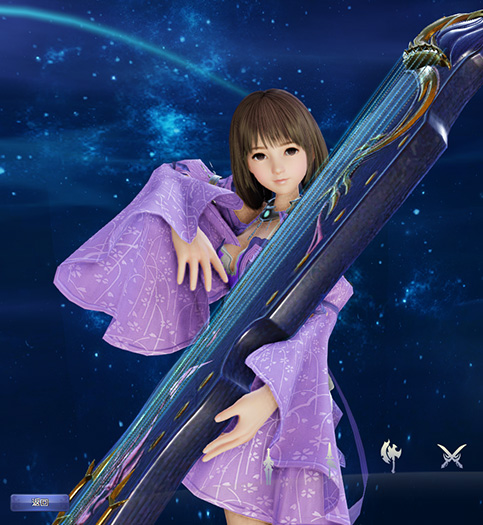 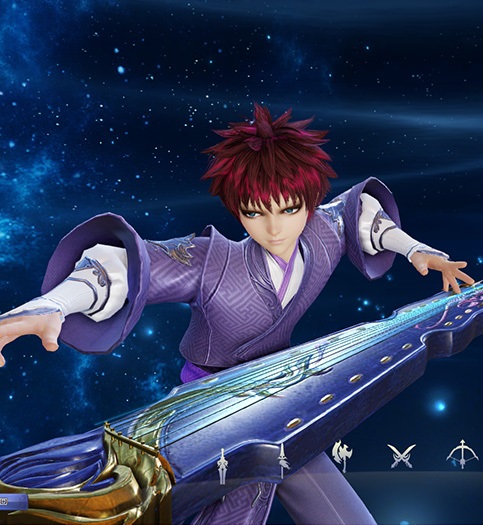 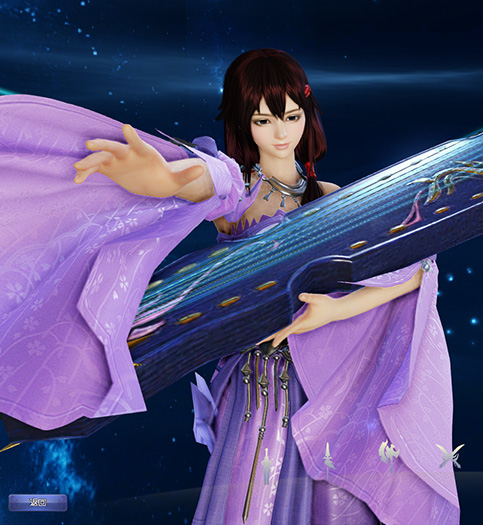 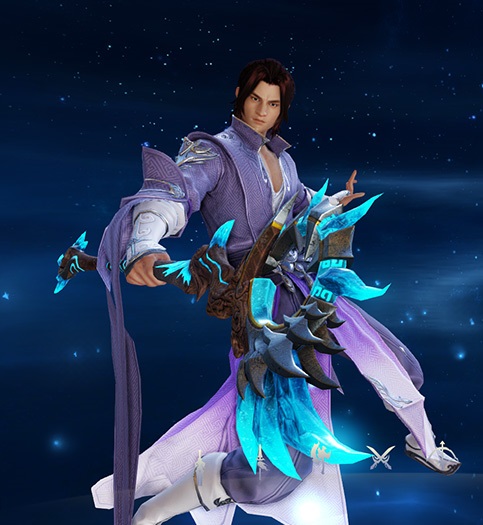 Moving on to the character creation, it’s very similar to Revelation in terms of customization and sliders, but the characters are a bit more detailed and better looking. So, yep, you can make them look as beautiful or as horrific and unappealing as you want. That in mind, it does have a lot of limitations as well. All colors are predetermined with only a slider for the shine, and the minuscule variety of hair types are undeniably taken from other games or anime. There’s no hair design that is unique to this game.

I’ve tried out all of the game’s emotes, but sadly there were no facial expressions that came with them. So if you do a crying emote, your character will literally just wipe its eyes with a straight face. Quite unimpressive.

The game has two modes of play style, point-to-click and keyboard mode. Keyboard mode controls with the WASD keys, while point-to-click is similar to games like Ragnarok Online and Path of Exile. The game is tab-target, so most attacks are locked on. There are some attacks that are directional. Flight is controlled by double tap and begins as a glide. There are wings and mounts that I think are pretty much for cosmetics, because there already is unlimited flight.

Leveling up and progressing comes in the form of questing and following a storyline with many skippable cutscenes. Like most Chinese MMOs, I’ve got no idea what’s going on in the story. Something about you turning into a power ranger and fighting a giant evil magician. The gameplay, or at least the progression in the early levels, pretty much revolves around a story that you have to go through in order to gain experience.

I took the time to search around the maps and there’s not really any random things to do, no NPCs to give missions or anything like that. You’re basically following the quest line and hopping around each map that is dedicated for certain level brackets, and doing whatever the main quest tells you to do.

I also want to note that the game has no auto-regen for HP, so you’re kind of forced to drink and eat food to raise it up, unless you’re a healer class like I was.

Moving onto the combat, you begin with two skills and unlock more as you level up, with huge gaps in between in each one. Meaning that you’re stuck with about three skills for the first 15 levels. The combat is pretty bland, with a lot of skills not able to cast or charge when moving, even if you’re an archer. Your skill as a player doesn’t really come into play when fighting and every fight I had experienced was easy enough to do with my eyes closed, even with a character with only two attacks.

I want to note though that I did see tougher monsters around the world that groups of players were hunting down and I was able to participate in killing them, though I didn’t really understand what they were for. They could’ve been for an event or something, but either way it was pretty refreshing to see random groups interacting like that in the open world, like old MMORPGs. That being said, at the core of it, the combat is just another basic tab target system.

The world’s graphics are astounding. Being nearly seamless and with limitless flight, gliding through the beautifully rendered floating islands is an experience in itself.

Where the game is lacking in terms of graphics is with animation graphics and item aesthetic appeal. Many animations appear to be re-hashed or completely ripped-off from other games. 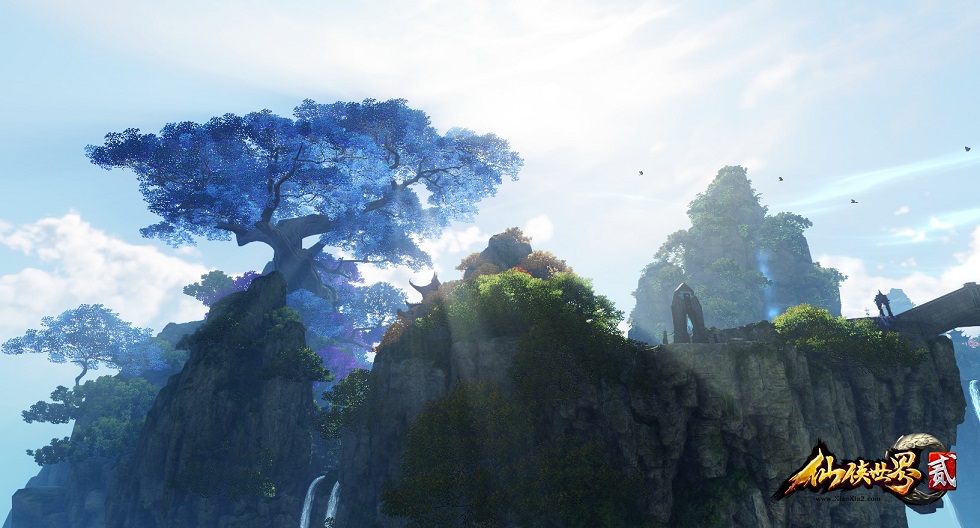 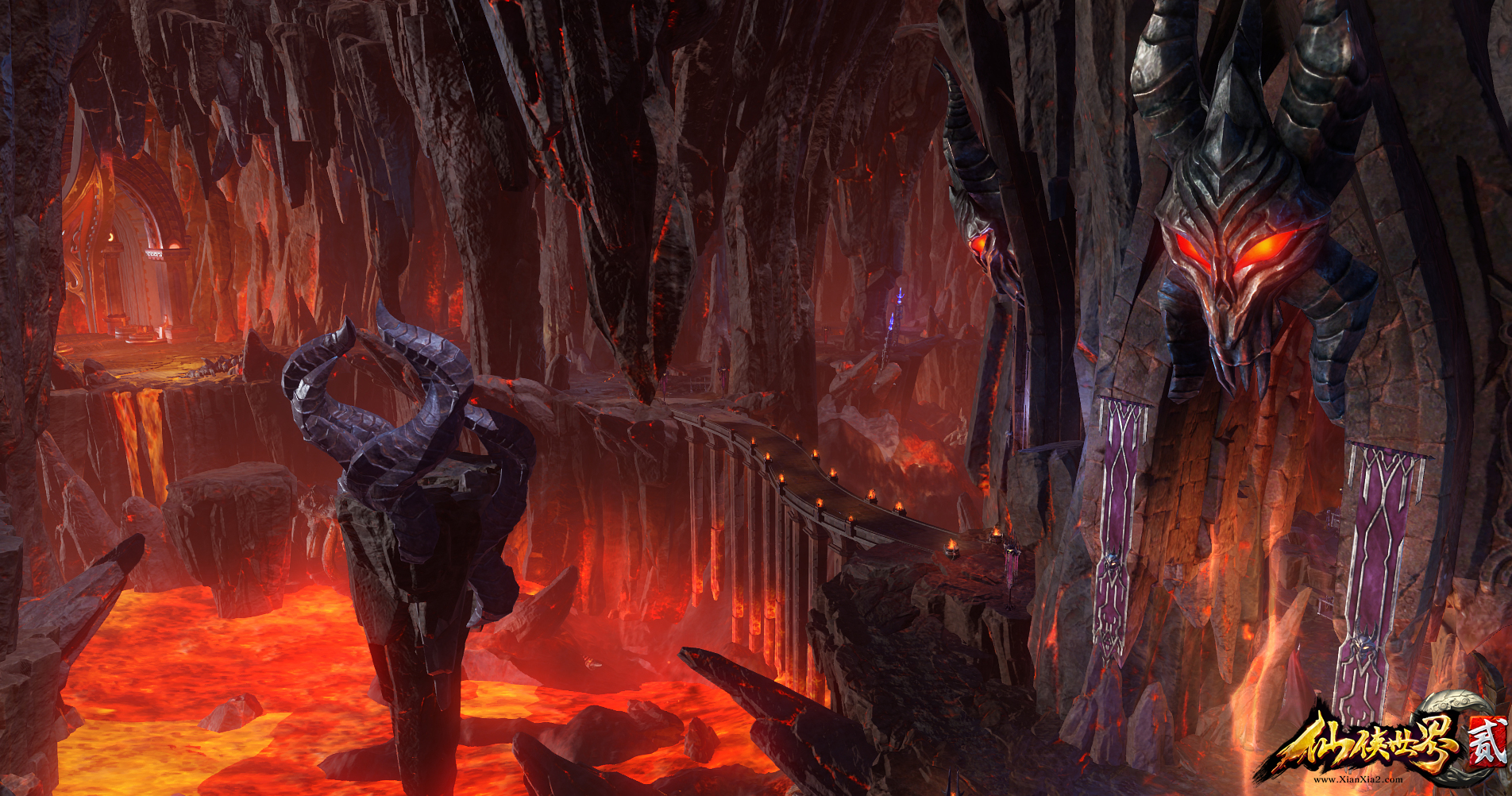 Overall, I enjoyed the character creation, I thought my free goldfish mount was pretty cool, and the graphics weren’t bad either, but the progression and the early gameplay was nothing short of dull. I’m not really a fan of it at all, but keep in mind that I have yet to try out any raid content, so there may be more interesting stuff in the later levels. First impressions matter, and I just didn’t find anything new or impressive to keep me going in the first couple of hours of my play time.

A lot of what I saw was recycled from other games, such as a lot of the sound effects being easily recognizable from Blade and Soul and other popular titles. Though it’s only in beta, it might get something new in the future to make me want to check it out again, but for now that’s as much Mythical Realm 2 as I’m comfortable playing. Do I think it’s worth the hassle of all the steps of getting a Chinese account and downloading? No, not really, not unless you are a huge fan of Chinese fantasy lore.

Check out more of The Mythical Realm 2.