In partnership with Halo developer 343 Industries, Rare and Xbox Game Studios are giving Sea of Thieves players a chance to get their pirate hands on a Halo-inspired Spartan Ship Set.

To get the free ship with Halo-themed Sails and a Master Chief figurehead, simply play the game in either Adventure or Arena mode before the end of the event on June 14th 3:59 PDT. The ships will be sent out within three days after the end of the event.

END_OF_DOCUMENT_TOKEN_TO_BE_REPLACED

Four new classes are set to be added to Black Desert on Xbox One. On April 3rd, players will be able to play as the Dark Knight, Striker, Lahn and Musa. The preview video below has been released with the announcement.

On top of the four new classes, the Xbox version’s roadmap shows that world bosses, node & siege wars, the Kamasylvia, Valendia & Mediah regions, absolute skills, and awakenings are expected to be added in the first half of 2019. For more information, visit the official Black Desert Xbox site.

END_OF_DOCUMENT_TOKEN_TO_BE_REPLACED

Sea of Thieves has launched the “Friends Play Free” event! Those who owns a physical or digital copy of the piratical MMO are now able to invite up to three friends to join them in their pirate adventures.

To get the codes, all you have to do is sign in to the Friends Play Free page. The codes can be redeemed by anyone as long as they have Xbox Live. With these codes, the game can be accessed between February 6th and 13th, 2019. Anyone who uses a Friends Play Free code can purchase the game at a 35% discount until February 27th!

END_OF_DOCUMENT_TOKEN_TO_BE_REPLACED

The Xbox One version of Pearl Abyss’ Black Desert will launch its final open beta testing on February 14th. Testing will last for three days until February 17th. The open beta will be available to everyone in North America and Europe with an Xbox Live Gold account. The game will fully launch on the Microsoft Store on March 4th. In celebration of the last beta, a new trailer showing off some in-game cinematics and gameplay clips.

Black Desert on Xbox One is not played in the same world as the popular PC version Black Desert Online. The console version has been customized for the console with a newly revised in-game main story, a better “Action Mode”, and more. For more information, visit the official Black Desert Xbox site. You can purchase one of the game’s three tiers of pre-orders from there as well.

END_OF_DOCUMENT_TOKEN_TO_BE_REPLACED 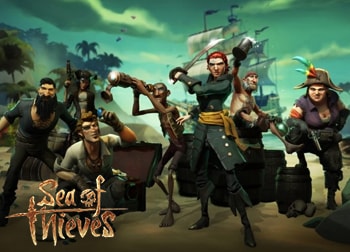