On January 20th, PvP-oriented MMORPG Albion Online will launch its biggest update since the game was released in 2017. Titled Queen, the update will bring the new Hideout system that lets guilds operate in underground bases within the Outlands. An entirely new faction, the ancient Avalonians will also be added to the game. Players can fight against them in the new Elite Randomized Dungeons for powerful week-long buffs and Avalonian Shards (used for crafting the game’s most powerful Artifact Armor).

END_OF_DOCUMENT_TOKEN_TO_BE_REPLACED

Albion Online‘s latest Midseason Patch (Oberon Patch 5) is live and it comes with three new regions for players to explore. Players now also have more flexibility with urgent access to territories since they can now remove their portal bindings (the lock to a city’s Outlands portal) every 30 days. The update also brings changes to Siege Camps, UI, an additional Marketplace Cluster to Caerleon, balance changes to combat, and more.

END_OF_DOCUMENT_TOKEN_TO_BE_REPLACED

Albion Online is a sandbox medieval fantasy MMORPG or ‘massively multiplayer online role-playing game’. The game is heavily player driven with an emphasis on player population for many activities. The game focuses on intense and harsh-punishing PvP interactions as well as group combat. 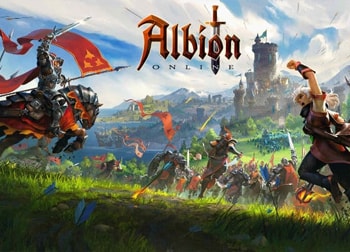